Thoughts on the Parler take down:
First, it should be addressed that social media shouldn’tve suspended any Trump account. This act alone has ignited a fire so hot that I anticipate (2) outcomes:
1) A loony far-right person to do something really stupid - like the December 2020 Nashville bomber or the crazier side of the capitol raid in January 2021.
2) A loony far-left group like Antifa to do or to stage something and blame it on “the whole right of center”
I don’t appreciate tech companies playing with shareholder sentiment. Everyone has free speech & that includes individuals at companies, but it should stop at the individual.

As for the Parler take down. I’m for it.
I’m for it being erased from the internet. I’m for parler.com not even being able to resolve as a domain.
Parler is an example of the overstepping of boundaries of free speech.  It is the shouting fire in theaters example.
Parler literally is/was hosting conversations with open KKK forums.
There are interesting conversations there but the majority is crazy, nonsensical contrails/Q conspiracy talk spattered with respectable people trying to “legitimize” an alternative outlet on social media.
Parler is a dangerous precedent. It’s the modern Larry Flynt argument. “No matter how perverse, it should be allowed.”
This is contrary to the Constitution & true liberty lovers know it. If you believe in the concept of liberty - you must keep your private matters - private. Private matters are not for public consumption. 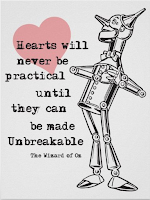 We have a responsibility if we want to command respect from others - to patronize each other with dignity and for business to treat ALL of our fellow man with respect. Being a part of a forum that literally promotes everything from Nazism to contrails climate change origins is wrong. In your heart, you know it.
Don’t fall for the secular lie that “respect is earned”. Everyone, including your enemies, deserve respect & kindness in your temperament. EVERYone - has a natural right to peaceful interactions of protest with you in public (this includes the public square of the internet).
I’ve seen this quote from Game Of Thrones author George R. R. Martin being bandied on Twitter:

“When you tear out a man’s tongue, you are not proving him a liar, you’re telling the world that you fear what he might say.”

To frame the argument by a more respectable author:
Matthew 18:8 says::

“Wherefore if thy hand or thy foot offend thee, cut them off, and cast them from thee: it is better for thee to enter into life halt or maimed, rather than having two hands or two feet to be cast into everlasting fire.”

I’d rather have a voice in heaven than a voice on Parler.
The Parler removal has led to 1000s stating they are dumping Apple products.
Know this, Samsung (and other Apple competitors spanning decades) are  LOVING - if not provoking - crap about Apple on social media right now. They always amplify bad news about Apple. ALWAYS. Please don’t be a pawn in a game of corporate espionage chess.
In the end, don’t throw away everything for Parler. In broader terms, don’t fall for manipulation by extremist right wing media outlets & their crazy staff or any online personality or “influencer” right, left, moderate, or otherwise,
Read more.
Listen more.
Respect more.
This will win the war.
This is how to win The Purge.
Now what night of the year is that on again?
No comments: