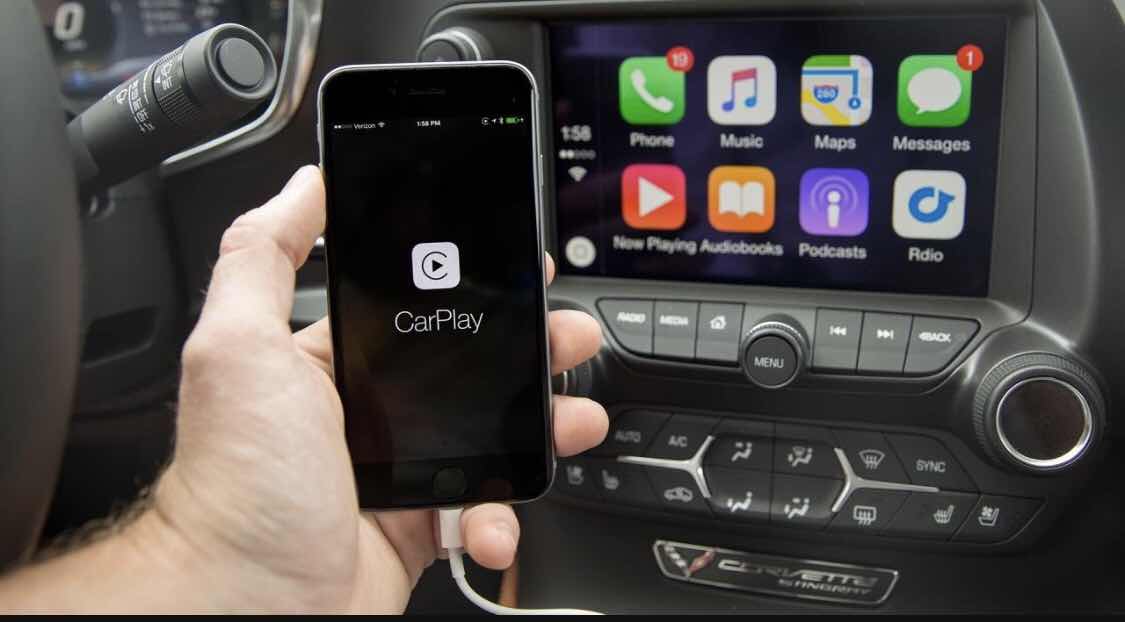 I’ve seen lots of commentary over the past few years that Apple should (or is about to) drop the lightning port from the bottom of iPhones.
This speculation was furthered by Apple’s switch to USB-C on new iPad Pros (and in theory by means of Thunderbolt 3 on MacBooks).
The thing is, MacBooks & iPads don’t “transmit” CarPlay to car stereos. Higher end premium package cars are only recently coming with a wireless CarPlay option - even though wireless CarPlay has been available for several years now. Wireless CarPlay has also been available in aftermarket car head units for more than 3 years but the price has been prohibitive - exceeding $1000 for a quality installation.
Wired CarPlay is relatively inexpensive to implement and a  major selling feature for many cars sold nowadays. Wired CarPlay is a huge driver for sales of iPhones for Apple. After all, you have to have an iPhone to have CarPlay.
I personally have an aftermarket Pioneer head unit replacement in my 2013 Scion iQ with wired CarPlay. I recently purchased a wireless dongle from a third party called “CPlay2Air”. This dongle tricks the head unit into thinking the iPhone is plugged in. The dongle was pricey though - $120. I don’t see Apple selling such an adapter. Wireless CarPlay doesn’t always provide the most seamless experience - even if it’s factory installed and on a fully updated head unit and iPhone. Wireless CarPlay requires more proactive updating and tech savvy than Apple likes to place on users. Wired CarPlay on the other hand, just works and has the added benefit of charging your phone through the lightning port.
As car sales are boosted by Apple having a charging port and Apple’s sales of iPhones are boosted by desires to have CarPlay, I doubt the lightning cable is going anywhere soon. I also doubt iPhones are going to make the switch to USB-C on both ends of the cable - maybe on either end as so many cars sold 2016 onward have standard USB 2.0 ports. Placing such a cable in the box as standard would only serve a narrow niche of the newest, more premium car buyers - and for that matter - home users and home or office computer setups.
As an IT admin, I know that I wouldn’t want those in my office to have access to wireless passwords just to sync their phone. No matter how good the security of the iPhone is, a host of security concerns arise in data syncing a phone with contacts, personal data, and banking apps on it.
Update:
From John Gruber’s Daring Fireball: 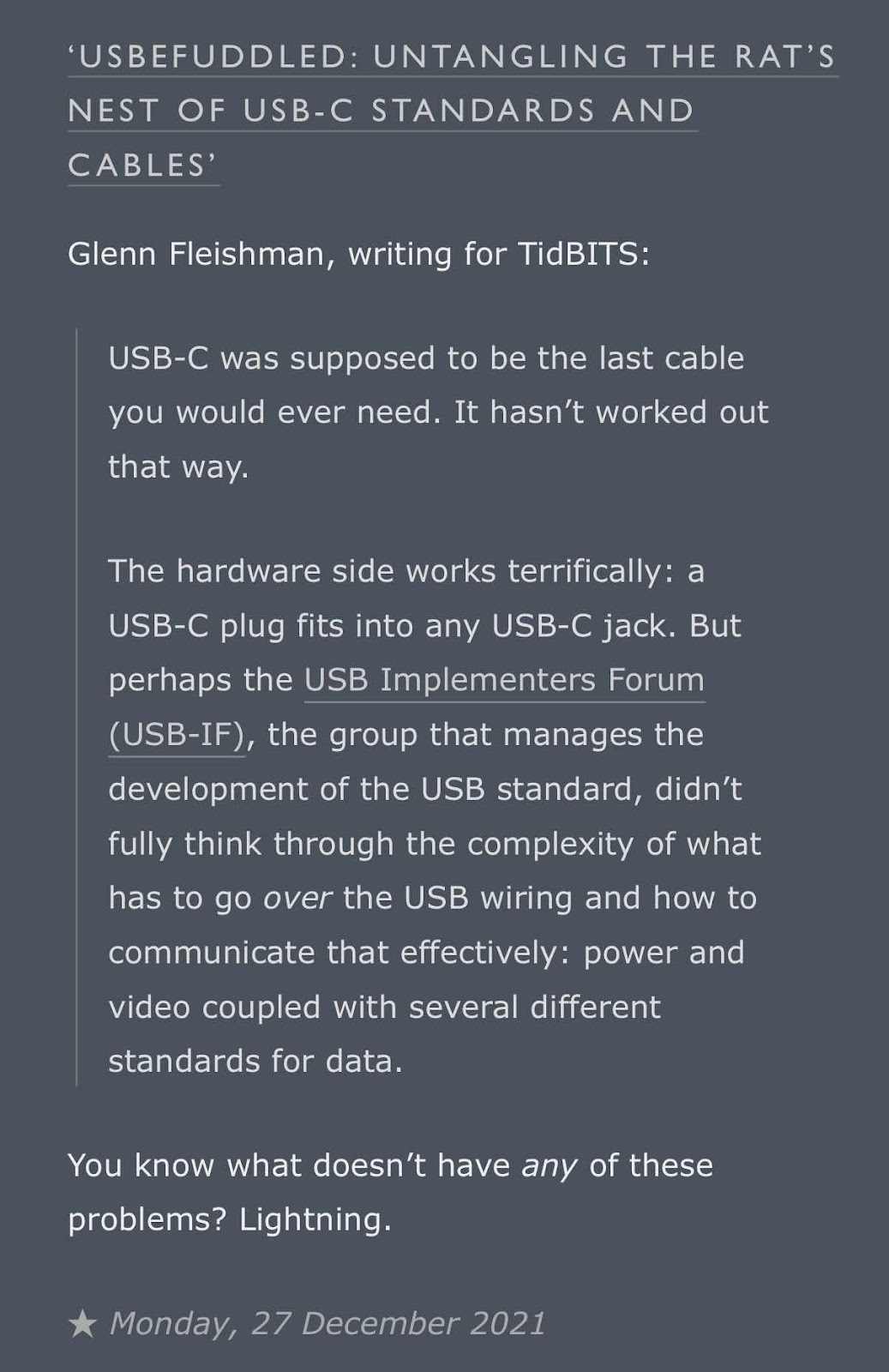 Email ThisBlogThis!Share to TwitterShare to FacebookShare to Pinterest
: Apple, CarPlay