Rustomers: The tale of “RUS!” 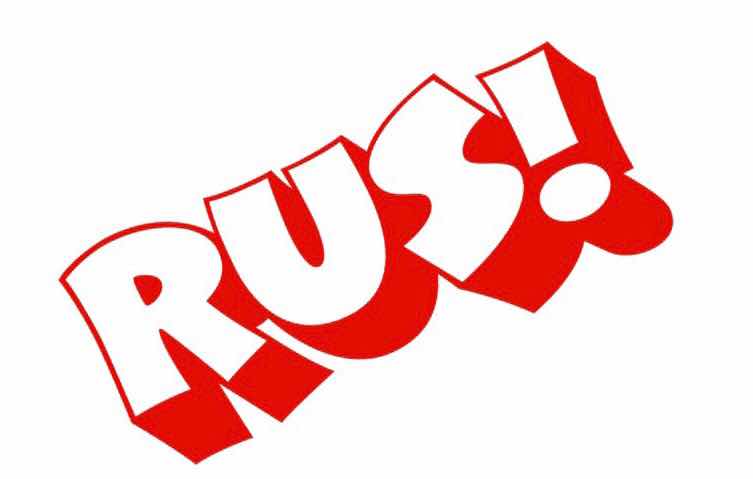 You Better Do What The Boss Says
The bMac

Today's story has to be edited to protect the innocent (me). Only names are changed.

In mid 2005, I was working as "The Apple Guy" in a small computer store. One of my software troubleshooting fortes was the very troublesome desktop publishing software Quark Express. Many small advertising and marketing firms used Quark Express to layout client brochures. When it worked, it worked great. When it didn't work, it was a nightmare that could cause conflicts system-wide on your Mac. I had built a name for myself helping small advertising firms in the area - fixing issues with Quark. One day, a client called into the shop and asked if "An Apple Guy named Rus Smith worked there." Hand cupped over the bottom of the phone, the office manager shouted, "Is there an Apple Guy named Rus Smith here?" I smiled and then picked up the phone at the front desk.

"Hi, my name is Cynthia* and I was told by a friend that you saved their business by helping them with Quark Express and by fixing their Macs, do you think you could come work some of your magic for me?"

Me: "Can you bring the computer in question into the shop?"

"No, our computer is very tightly integrated into a printing press we have in our basement."

Me: "Ok, can you give me your name and address?"

She proceeded to repeat only her first name, but gave an address, 35 miles away. I informed her that there would be a trip charge of 1.5 hours labor - which was $120 an hour, but we'd just call it an even $150 for the trip charge if that was okay.  I also inquired for her to repeat her last name (even though I knew she had not given it.)

She informed me she was desperate to get up and running again and agreed to the trip charge. She asked if I had the ability to transfer zip disks to CD as well. I told her she was in luck as I had a CD/DVD burner and a zip disk expansion bay for my laptop. (A Powerbook Pismo*) I glossed over the fact she still had not given me her last name. I told her I could come early in the morning and that I would leave my home at 8AM. She agreed.

She lived in a nice lakefront home in a gated community.I was informed at the gate that her husband would "beep" me in. I drove down the narrow cliff-shouldered driveway that was flanked with landscape lighting. I decided to turn around completely facing outward so I wouldn't have to back out when exiting and so I could have easy access to my trunk.

I told her I wanted to concentrate on getting the printer and Mac fixed timely so I would show her how to transfer the zip disks to my hard drive while I worked, then when she had "the box of 40" done, I'd come burn the "collection" to one DVD or several CDs according to their preference. Once one was completed, the husband introduced himself as "Larry Floosy*" as he walked me down to the basement. In the basement, there were life sized cardboard standups of people - mostly men in suits that looked to be presenting something. There were boxes upon boxes of brochures, printed and blank. Then, I noticed something on the wall. A giant 3x3 foot lipstick print with the words: 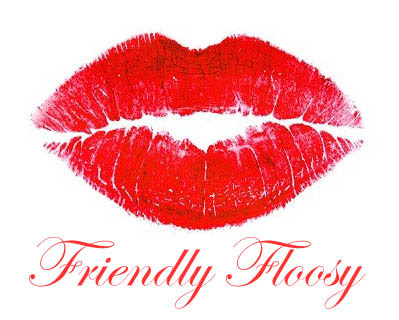 
"I assure you isn't connected to anything peculiar."

I sat down at the computer while Larry Floosy explained what problems he was having. It was an older Mac (7300) running an older operating system (Mac OS 7.6) with an older version of Quark Express.

I dove right in. As per my usual procedure, I ran a utility called Diskwarrior first. Immediately, Larry Floosy walked up and put his hand on the back of the chair, watched for a minute, then said,

"RUS! What are you doing? It doesn't look like that's actively fixing our Quark Express problem."

Me: "I always run this utility first on the Macs I repair because I want to eliminate basic problems first."

(Diskwarrior still running on the Mac)

I can see the shadowy reflection of Larry Floosy pacing back and forth in the background like a drug addict wondering if he's going to beat his addiction this time.

Again, he puts his hand on the back of the chair.

"RUS! How long does this take? I just wanted Quark Express fixed."

Me: "Quark is a very complicated program, it requires a lot of sys ..."

"RUS! Dont explain any this to me. This looks like you're stalling and running up a bill!"

Me: "This is part of my procedure. I've had a lot of success with helping others using the method that I do."

His wife calls him upstairs.

His wife comes downstairs and says, "Honey, why don't you come up stairs and help me with these zip disks and leave the Apple guy to do his magic."

He starts towards the stairs, mumbling,


"Magicians at least do something."

I shut the Mac down.

I remove his monitor from the top of the computer and proceed to open it up. It's dusty so I sprayed some compressed air inside to clean it up.

Larry Floosy appears like an eager dog waiting for a treat.

"RUS! How does this fix a software problem?"

Me: "Like I said, this is part of my procedure. I also got to see that you have a custom printer card installed in this machine. Sometimes, if the computer is bumped, it could move the card out of place so I'm cleaning the slot and re-seating the card for your printer. I brought some extra memory for your Mac, but it's older memory and you have two open slots so I'm going to add that at no extra charge."

"RUS! Youve already added an extra charge by wasting a lot of time!"

Me (sarcastically): "You don't want the extra memory?"

Me: "What tone? Listen, I really could get this done faster if you weren't over my shoulder the whole time."

SIDE NOTE: Yes, he really did repeat my name at the beginning of every sentence.

Me: "You need to back off and calm down!"

Me: "So, confirming here. You want me to get out!"

At this point his wife was watching events unfold at the bottom of the stairs. She asked in a timid voice for "Larry" to come up stairs. He complied. I packed my things. As I went by her, I said,

"I think it's fixed and I added some extra memory no charge."

In a loud angry voice from upstairs ..."I want him out of the house NOWWWWWWWWWW"

As I started towards the door, I went by the sofa to collect my laptop from atop the coffee table. I heard the clank of the fire place utensil set. He had grabbed a fire poker and had it pointing towards the vaulted ceiling. He went by the sofa, grabbed the box of zip disks and started running towards me. I ran for the door, got in my car, set my laptop on the passenger seat, started the engine, put the
car into gear and floored it with my tailgate still open. I saw him throw the entire box of (his) zip disks. I watched them scatter all over the driveway in the rear view mirror. He threw the fire poker. I continued to leave the subdivision.

I had not gotten paid so I had some explaining to do to my colleagues. Fortunately Mrs. Friendly had already called and apologized and said she would mail a check.

She ended up mailing the check as promised and I mailed 5 CDs back to her with the Zip disk data transfer.

* The PowerBook Pismo is the single greatest product Apple has ever made outside of the iPhone in my opinion. I had every custom peripheral imaginable for mine including a slot loading CD/DVD burner, a zip disk expansion bay and extra batteries, plus a G4 upgrade. The ease of expansion of this laptop is unparalleled even today by any manufacturer)