The first installment is written here:

You Better Do What The Boss Says


The iMac You Never Heard Of:
The bMac 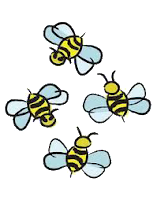 Today's tale follows my time served as an area Apple Computer Rep. I represented a rather large 150 mile radius from Charlotte NC to Greenville SC to Atlanta GA to Knoxville TN and everywhere in-between. 3-5 days a week, I would visit Sears, Circuit City, Best Buy, CompUSA or the like and arrange displays of iMacs, iBooks, Powerbooks, G4 Cubes - and stock their corresponding brochures. I would train employees at said retail stores about Apple products and give points of interest for sales. 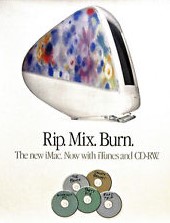 Right about the time the first slot loading iMacs came out, I was tasked to train employees at a Charlotte, North Carolina Circuit City. A little refresh on the format of these (former) stores. Circuit City retail stores were essentially high-pressure, commission-based car lots except instead of cars that people needed or wanted - it was electronics that people maybe wanted and possibly needed. For years, they had sold Apple products, on again, off again. With the return of Steve Jobs and the success of the iMac, Circuit City had decided to sell Apple computer products again, beginning with the third generation of iMacs - known as the slot loading iMac. They had begun to sell iMacs in the second generation at some stores but didn't have an official North American rollout until the third generation.

I drove to Charlotte early on a Friday morning from my hometown - roughly 120 miles away. I had two other stops in Charlotte to make and I had alotted two hours to this store to stock brochures, hang banners, and train employees for the new Blue Dalmation and Flower Power iMacs. Their special feature was either a slot loading DVD drive or a slot loading CDRW burner. I had spent the previous week learning all about the new models and prepared a few jokes for the eclectic introduction.


Why did the dalmatian go to the eye doctor?


Because he was seeing spots.

Because bees come after them


With my ice breakers prepared, I took a deep breath, walked across the parking lot and into the store. This store had a foyer with showcased products on each side before you got to the main sales floor. A smile came across my face as I saw the left side - a Flower Power iMac! 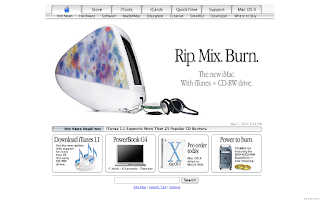 Then, the screen started flickering and popping  ...

I could see little sparks through the semi-transparent shell of the iMac - looking like a dying Las Vegas strip sign.

I got up close and saw a beehive - an actual beehive - inside the iMac!

I rushed to the front desk and said, "Where's the manager?"

The sales floor rep said, "Can I help you?"

I stated in a panicky voice, "I need to speak to the manager as soon as possible, I'm the Apple Rep and I have an emergency."

The store manager came out, "Can I help you?"

In my still panicky voice, "I know this is hard to believe, but you have an active beehive in the iMac in the showcase at the front of the store."

The store manager, said, "Oh, I know, that just happened. It was cool because it its a Flower Power iMac. It's awesome."

Infuriated, I said, "DUDE! That's a fire hazard! If I were to report this, you could be fired!"

Store Manager: "Hang on, hang on Apple guy. Chill out. I'll get it taken care of immediately."

Calming myself down as I spoke, "Ok, I'll wait until you do."

Each night after a day of rep work I was supposed to go onto a website and type up a report. Boy, was this report buzzed with details.

Later that summer, I was privy to a private Apple partner meeting before MacWorld Expo. Steve Jobs came in to greet everyone and said a few words before the crowd.


"At Sears, we've got power drills laying next to iMacs! And get this. Get this! We had a report of a beehive in an iMac! A live, active, swirling, buzzing beehive! This is what's wrong with Apple sales."

For the record, I had also reported power drills laying next to a junked and broken iMac at a SEARS in Knoxville, Tennessee on a bottom shelf, with "DO NOT INVENTORY!" - written on strip of masking tape across the screen.

Maybe this story helps you realize the significance and genesis of the Apple Store and why it was such a passion and promise of Steve Jobs.

Email ThisBlogThis!Share to TwitterShare to FacebookShare to Pinterest
: Rustomers, Tales From My Past