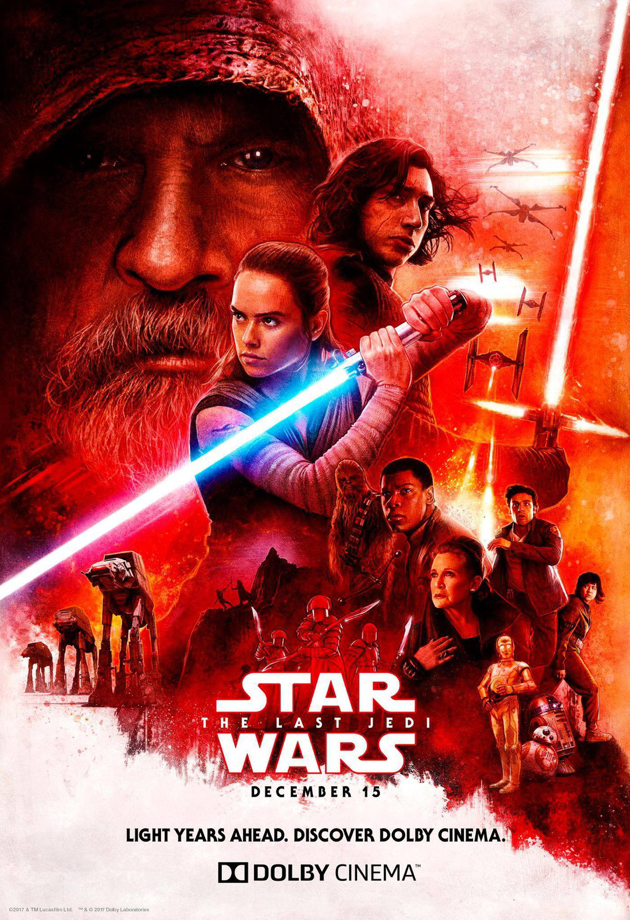 To me, that is the best element of all the Star Wars movies I’ve been to. It’s one of the few movie franchises where the experience in the theater is still the biggest part of the movie. Hearing everyone talk about the plot, characters, and past movies before the previews start builds you up even further.

I also like that you can be safe taking your entire family to a Star Wars movie (if they can handle intense action) ... as there’s no cursing - well - at least translated into an earth language. There’s romance but no bedroom scenes. There’s no nudity. There is artwork, beautiful designs, humor, and there’s always victory.

I have a hard time ranking the individual installments because they are altogether - one story. I would however rank this episode, which is technically #9 chronologically - at the top. I will say that this part in the series represents a true break from the storytelling. The theme - amongst all characters is both verbally and emotionally stated throughout the movie ... “Let the past die.”

“Let the past die,” is a message to the fanbase more than a character arc though. While this movie brings back more cuteness in the franchise (and you are going to wish porgs were real and in your immediate cuddle after watching) - it also steps into more modern storytelling. The Last Jedi, like Rogue One, aim to show you that there are so many other characters that contribute to the plot. Just like in real life, a lot of times, the real heroes aren’t the ones recognized - meaning to say - sometimes - the same people always get recognized - almost as if that’s part of their role in life. This movie really goes to lengths to show that even the hated, even the cute but unimportant have a role. For instance, Chewbacca needing something to cling to after Han Solo being killed. He finds that bond - and in the most unlikely place - in a very heartwarming way. Rey, finds her place, by realizing that it doesn’t matter why you’re there, it matters what you’re doing WHILE you’re there.

As with all Star Wars allegory - there is the promise in redemption and life  lesson in pacing yourself towards your goals. Throughout The Last Jedi, the theme repeats as it has throughout ... your help is needed in the quickest manner possible, but don’t make decisions in haste because you seek revenge or recognition.

A lot of reviews seem mixed. As, most of the movies outside the original trilogy have. Go into the movie knowing that you’ll be entertained - and that whether you’re an ardent fan or just an occasional moviegoer - Star Wars is always a fun ride!

I plan to see it at least one more time in theaters and will buy the video to add to my complete collection.