If you are unable to contact MyPoints or mypoints.com by their webform, and I mean really unable to, and I mean, you've tried everything you can, using every resource you can, you can try this number listed below.

It's a toll free number where you will be forced to leave a message. You may get a call back, you may not, but at least as of 12-29-2015, this was the ONLY valid phone number …

Email ThisBlogThis!Share to TwitterShare to FacebookShare to Pinterest
: Discounts, MyPoints

By far my #1 ...
1) Inside Out - this is a deep, funny, well written movie that is already at the top of Disney classics for me.
2) Star Wars: The Force Awakens ... A new chapter in the Star Wars series is a good thing.
3) James Bond: Spectre ... The last Daniel Craig movie paid homage to all the Bond movies before it and ended up being one of the best. (I'm a Roger Moore as best Bond type)
4) Jurassic World. Not better than the original, but if it had come out first, it'd be the best in the series.
Honorable Mention:
5) The Martian. Well done movie. A little tired on concept though.
6) H8FUL 8 ... Very well directed set piece with memorable characters
7) Mission Impossible. Another good addition to the series. It's truly amazing that Tom Cruise still does a lot of his own stunt work.
8) The Peanuts Movie. I mean, yes, I liked it, but seemed like it'd have been an awesome TV show, but read the budget was $100 million due to writing new software to animate the characters. I expect we'll see a lot more very soon.
9) Ant-Man. I thought this looked stupid in preview. It was actually very entertaining.
So-so ...
Trainwreck. I liked it. It was funny. It just upsets me that comedies since Wedding Crashers (which I love) seemed to have taken the "what is the grossest most unethical off color offensive thing we can do?" approach
Furious 7. Entertaining, but this series has become a "top this" stunt show rather than a well written movie franchise.
50 Shades Of Grey. This was a poorly written book that I read simply because it was an eBook phenomenon (thanks to a forum post by JK Rowling of all people.) The movie was better because the wording wasn't there to describe everything. One of those rare moments when the movie was better than the book, only problem - book wasn't so great.
Bombs that I saw ...
Avengers: Age of Ultron. I had high hopes for this with Spader voicing the villain Ultron. I guess it's just the fact that I'm not a Marvel Comics guy.
Minions. Funny in places, but didn't translate as well as anticipated.
Poltergeist. Didn't even come close to the original.
Tomorrowland. Good concept. Interesting twist. Just boring. Seemed like they could have done more.
Pan. Hugh Jackman is one of my favorite actors, but I have to say, this movie was beyond weird and very poorly written. I didn't care for any of the characters. Instead of original lyrics, they used Nirvana songs - yeah, really.
Vacation. This movie was downright gross and unfunny. The funny parts; seemed awkward to laugh at. One of those, "glad I saw it alone" movies.
I didn't watch nearly as many Indie films as I did last year.
There's lots of movies I didn't see in 2015 that I want to catch on video.
What are yours?
No comments:

Three possible and plausible explanations for names appearing in the Ashley Madison hack ...

Please don't think that I'm defending anyone whose name might appear within the Ashley Madison hack which exposed member information ...
This said, I see three possible caveats to said information and a possible reason the hack may not have been activism - but somewhat maliciousness on the innocent.
1) There is a strong possibility that some of those signed up were looking for their spouse/girlfriend or past love interests for the sole purpose of curiosity or potential "divorce" evidence.
2) There were certainly some journalists and government domains and emails - I presume SOME may have been related to investigative purposes.
3) Ashley Madison (and earlier hack in May on adult friend finder) do not allow disposable credit cards. So, you had to use an actual credit card. I also suspect some of the people found were not REALLY the people who were on there - rather someone using their information.
No comments: 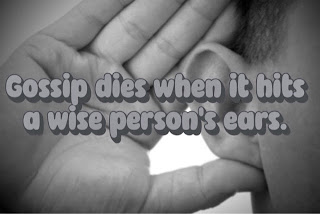