The Wolverine: A Cut Above The Rest

I thoroughly enjoyed this movie.

I've honestly liked all of the X-men movies. I wasn't a fan of the comic or the cartoon series. The X-men movies have made superheroes seem real and had great commentary on race, genocide, mortality, and using one's talents.

Wolverine, a man who has the gift of healing instantly, is also tortured by that gift. His gift also protects him from the scars of aging and he's had to watch his loved ones die in his 200 years of life.

Summoned to Japan by an old acquaintance, Wolverine is faced, for the first time, with his own mortality. As he stands at the brink of death, he must decide if he should die or whether more of the ones he loves will die instead.

I loved watching the reenactment of the bomb dropping on Nagasaki in Word War II and the different perspective given from the Japanese soldier's point of view.

I highly recommend this film. 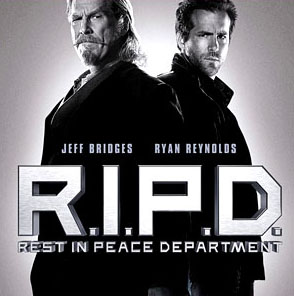 It's easy to compare R.I.P.D. to Men In Black. It's essentially a rearranged story ~ just substitute "the dead" for the aliens.

Actor Ryan Reynolds, who despite having great comedic delivery, plays the exact same character in almost every movie ~ an overconfident sarcastic.

In this movie, Reynold's character passes on into an afterlife especially for great police officers ~ The Rest In Peace Department (R.I.P.D.)

While on a case, an unlikely police partner pairing in this life discovers a plot that could jeopardize mankind.

This movie is by Hollywood standards; a pretty high budget at $130 million ... The special effects in some areas are lacking ... looking cartoonish and fake ... Not what one would expect.

The movie is entertaining, but not worth your hard earned dollar.

Wait for it on video.

There's a good bit of cursing, so parents beware.

[UPDATE] After discussing the movie with a friend the next day, I realized something I forgot in this review. For a movie about dying and the afterlife - there was ZERO mention of prayer, God, or Jesus.

Here's why it's important to read the fine print in contests you are considering entering:

The fine print of a Dish Network/Southwest Airlines promo:


"By providing your telephone number and clicking submit you authorize DISH, Blockbuster, OR ITS REPRESENTATIVES to use this number to contact you regarding DISH and Blockbuster products and services through an automated or predictive dialing system or prerecorded message system; regardless of whether the number is on any do-not-call lists or is otherwise registered as a wireless telephone number."

This pretty much removes your number from the do not call list.

This clause is illegal.

By law, a contest must have an opt out.
No comments: 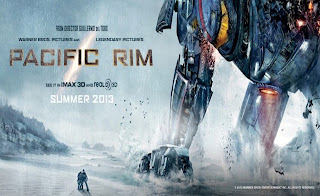 This movie was exactly what I expected …

The plot centers around a growing attack of gigantic monsters that have devastated many coastal cities around the world that are near the Pacific Ocean.

The world bands together to create an army of 1000 foot tall robots known as the "Jaeger" program (pronounced YAYGERR).

When the Jaeger program starts to fail, a veteran Jaeger pilot who has since tasked himself to help build a half-mile thick dam around the Pacific Ocean's border cities called "The Pacific Rim", is called in to help for one final stand against the monsters.

The brawn of the Jaeger program isn't what the defense of using the giant robots is about - it's about the link between the heart and the mind and the determination to survive.

I read a review and I think this pretty well sums it up ...

"A robot uses a cruise ship as baseball bat to knock a monster twice up side the chin, enough said A+"

That's true. The design and scale of this movie is incredible.

Guillermo Del Toro is right up there with Speilberg & Ridley Scott with putting together such a complex set with original design elements.

Very entertaining afternoon for the kids! (Well ... Maybe Dad and the boys.) 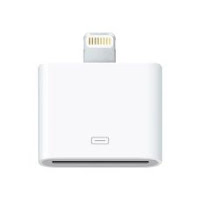 Well … I finally did it.

I was reluctant because I had so much invested in the 30 pin dock connector and accessories ~ nearly 11 years worth.

I came to the realization this past weekend that I could probably make a few hundred bucks off of what I had and successfully adapt (at this point) everything I wanted to keep.

I posted this to my facebook friends this past weekend …

The iPhone 5s is coming in September and won't be too much different.

I would trade your iPhone 4 or 4s in now if you can.

An iPhone 4 (in good condition) will get you a free phone (+$8.99 tax) at Radio Shack (under contract, any carrier)

Come September, the 30 pin connector will also start to fade at retail in favor of the new smaller lightning connector. Now to sell my headphones and wall charger and get another $25.00 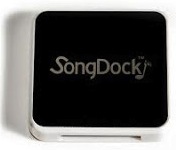 For audio docks that you may want to keep, see this adapter, review and how to:

I'm glad I made the switch and I was able to keep my unlimited plan with AT&T. I've read that you cannot keep your unlimited plan on Verizon if you do a contract priced phone, so be aware of this.

The LTE and 4G speeds are truly amazing and a big reception difference vs the 4 and 4s. Surprisingly my 3GS got better reception than my 4 and 4s.

The extra row of icons is more handy than I thought it would be. Now I have room enough for a dedicated calculator and dedicated soundhound app.

I highly recommend getting the 5 now before the 5s comes out. You'll be in a much better price proposition going forward and better prepared for iOS7.
No comments: