They Dished It Out, But I Couldn't Take It: The Nightmare Of Dish Network 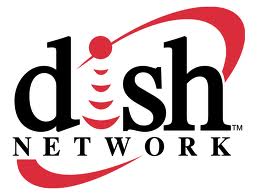 In March of 2011, I decided to switch from 3 years of having DirecTV over to Dish Network … mostly to save money.

I had other reasons …


• Family had Dish and liked it.

• There are a few features of Dish I liked better.

• I really liked the Slingbox feature Dish had, I used to be a sling owner and loved watching TV anywhere on my laptop or iPhone. * Dish had purchased SLING about 3 years ago.

• I was able to get several bonuses through various rewards programs that I belonged to that amounted to a little over $200 in almost immediate cash conversion.

I scheduled for my new satellite service with Dish Network to be installed.

The "Install Technician" came out promptly two days after scheduling the service.

He installed the new Dish Network dish right next to my old DirecTV satellite.

So began my first problem.

The "Installation Technician" noted that my signal strength was acceptable but (in his words) "by just a hair" and then with a followup, "It's going to go out in bad weather."

And so it did. I live in a valley. I have a 40 foot steep rise that leads to a train track on top of a plateau. The train track is about 50 feet from my front door. Every time the train went by, which was about 4 times a day, the satellite went out.

My first month's bill was incorrect. I got it corrected by calling customer service.

So, after two weeks of thinking it would get better and enduring three light rain storms where the Dish Network was out the entire storm … I called Customer Service.


A new technician came out, he made some adjustments.


I didn't have the same signal I had with DirecTV, but it was better.

My 3rd month's bill was incorrect, I got it corrected by calling customer service.

I got an occasional hiccup when a larger, heavier train would come by. The Dish would still go out in a storm.


* I know that DirecTV did go out … but I can't recall the times. The DirecTV was up seeming 99% of the time. Whereas DISH, I would give a 75% rating.

I let a year pass as I became less and less interested in television and needed to focus elesewhere.

Then in June of 2012, my second month into paying full price … I noticed that my bill was $10 higher than it was supposed to be.

Dish automatically "leaves" the "maintenance fee" on your bill when you start paying full contract price. I was also being charged $4.95 for my satellite box … problem is, I owned my box. Dish had never given me a box.

I thought the phone call would have gotten the billing issues taken care of.

Nope, next month, same two fees were on my bill.

Since my son was home from school for summer vacation, I began to notice how often the Dish Network signal was going out.

So, I had a different tech come out and look. He moved the location of my dish from one side of the house to the other. He also ordered me a new box (same as the one I had).

I asked the tech three separate times about getting charged for the lease of the new box and he assured me that because it was a basic box that I wouldn't be charged.

The new tech placed RF cable under my gutter all along the back side of the house - which seemed like a grounding hazard.

The new box came the next day via UPS. I installed it.

I scheduled for a technician to come out again.

The tech was a no show.

10 days later, I got a call from the local installation franchise and without apology was asked if a service tech ever came out and resolved my problem. The tech had put down that he had "already taken care of the issue so a 2nd visit wasn't necessary". I stated that my issues remained and that I still needed service.

It stated in the system that "a poll mounted dish is necessary".


* LNB stands for Low Noise Block. This is the "white capped signal receivers" at the center of your satellite dish.

The tech also ordered me a 3rd box.

I got it on the third day after the tech had come. I installed it and sent it back via the FedEx box provided a week later.

Apparently, the box never arrived in their warehouse. It is my belief that the serial numbers didn't match up, but who knows?

To make my situation worse …a charge of $160.00 appeared on my next bill to reflect an unreturned box.

After proving with the tracking number that I had mailed it and arguing with a supervisor for nearly 30  inutes, the charge was dropped from my bill.

I called into Dish to get a service credit for my down time.

The customer service agent promised me a $15 credit per month for 6 months.

Ironically, this was the same time as the DirecTV/Viacom blackout / channel strike. Dish was VERY aware that they needed good customer service at this moment. It's my opjnion that the customer service rep was over-promising me something.

The customer service tech mentioned that ENCORE was on sale for ½ price and that I could get that for $2.50 a month for the next 6 months.

I wrote all of this down. I discussed EVERYTHING thoroughly with the customer service rep what a sample bill will be like. We came to a total, after the credits and purchasing ENCORE, of $33.37 a month for the next 6 months.

The next month my bill reflected the maintenance fee which was supposed to be dropped, a box lease which I was assured I wasn't getting, and a charge for Showtime which I didn't order. The bill was $47.32.

This caused a number of problems in my checking account as I use it mostly to pay bills and fund my PayPal account - keeping a tight budget.

I called to customer service again and stated that I wanted to cancel my service.

Even after reading all this trouble in the customer service notes, I was told that I would owe a cancellation fee of $160.00.

I asked what my options were after discussing that I felt like the Lemon Law applied.

They said a tech should come out and resolve the problem and that was my only option.

A technician did come out, and to try to shorten this story, 4 hours later, he gave up and I was able to get the local "Installation Franchise" to note in the account that "good service was not possible at my address".

I'll eventually go back to DirecTV. For now, I'm happy with an extra $40 in my pocket and 9 free TV stations ~ including NBC, PBS, FOX, and CBS.

One side note that I learned in all this … DISH Network is unique in that you are not required to have an account to get the free channels that they offer each month + the shopping channels.

This has something to do with an government agreement from back in the days when they were Echostar.

A very cool feature. So, I went to the thrift store, got me a box, registered it, and will enjoy the free channels each month as well.

You have recently cancelled your DISH subscription. Per your agreement, you are responsible for returning your equipment. For your convenience we will send you empty boxes and shipping labels. Please return your equipment in the box(es) provided. Should you also choose to use the labels we provide, a $17 per label box return fee will be charged to your account.

We have worked hard to negotiate the best rate and have found that, in most cases, this fee is significantly lower than the rates you will find with UPS, FedEx or US Postal Service. You are not obligated to use the provided shipping labels in the event that you find a better rate elsewhere. Please review the information below to determine what equipment to return.

* This information can be found on the label located on the back or bottom of your unit Do not attempt to sell any equipment that does not need to be returned. This equipment is tied to your DISH account and cannot be transferred to another DISH customer.

Looks like another call to Dish is on tap! Why should I have to pay for something that's essentially trespassing on my property?

[UPDATE] After a call a customer service agent quickly and responsively waived the return postage fee.

Three days after mailing I received a confirmation that my returned box had been received.

So, 49 days after service cancellation … not only do I not have a refund of my last month's worth of service that I paid for and did not get … I have been billed for an early cancellation fee that I was PROMISED by Dish that I would not have to pay.

I am on the phone with the "Dish Resolution Department" as I type this, they tell me that they have documentation that I was told their would be a cancellation fee.

In fact, just the opposite.

I have documentation that the service tech told them on the phone that they could not get service to my home. I also have multiple witnesses to my MANY conversations with Dish Network … plus … I guess this article.

Looks like we are resolved at the moment with a supposed processed credit of everything I am due.

I look forward to seeing it and will update this article again when I see the money refunded.

I made a follow up comment that I wanted my credit card removed from the file this time so that no more charges could occur. I may just go ahead and get a new card anyway - just to make sure.