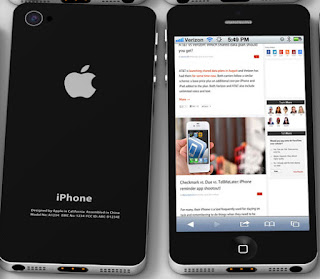 The success of the iPhone really hasn't had much to do with the dock connector.

The success of the iPhone has been because the dock connector has become a standard. 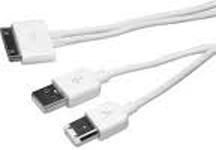 The 3rd generation iPod released in 2003 began including a 30-pin dock connector, allowing for FireWire or USB connectivity.

This provided better compatibility with non-Apple machines, as most PCs didn't have FireWire ports at the time.

Eventually, Apple began shipping iPods with USB cables instead of FireWire, although the latter was available separately.

With the release of the 1st generation iPod nano and the 5th generation iPod classic, Apple discontinued using FireWire for data transfer (while still allowing for use of FireWire to charge the device) in an attempt to reduce cost and form factor.

The 2nd, 3rd, and 4th generation iPod shuffle uses a single 3.5 mm jack which acts as both a headphone jack and a data port for the dock.

The dock connector also allowed the iPod to connect to accessories, which often supplement the iPod's music, video, and photo playback.

Apple sells a few accessories, such as the now-discontinued iPod Hi-Fi, but most are manufactured by third parties such as Belkin and Griffin.

Some peripherals use their own interface, while others use the iPod's own screen. Because the dock connector is a proprietary interface, the implementation of the interface requires royalty payments to Apple.

I wish there was some sort of data that I could find that shows how many USB cables have been sold vs Dock connectors shipped on various devices.

Apple is changing the 30 pin dock adapter to a new smaller interface. Here's the reasons engineers are claiming why ….

First, I'm hearing that a dock adapter will be included in the box along with the iPhone 5. I also know for certain that you'll be able to get a new-to-old Dock adapter from Apple. I've seen one from an accessories manufacturer.

Apple recently included a MagSafe to MagSafe 2 adapter with the latest shipping laptops, and in past years they've done this with a variety of display adapters.

Likely, there'll be some accessories that, due to the physical size or shape, are awkward or impossible to use with the Dock connector adapter, but anything that doesn't require a tight, flush contact should be okay.

The reasons for the new, smaller Dock connector … at least, what analysts and engineers are claiming are the reasons … Apple needs additional space inside the iPhone 5 casing to fit an LTE chipset and the battery to go with it.

Supposedly, Apple is going to have a new type of glass on the front of the display that is thinner and integrates the touch panel. (Called "in-cell" technology)

With features like iCloud and PC-Free, as well as Wi-Fi sync and AirPlay, the Dock connector isn't necessarily needed to do everything it used to.

My beef is, I rarely use my docks for the purpose of using my iPhone's other features. I use it to test out docks, recharge just about anywhere - even in local grocery stores.

I would question how many people that are normal consumers are using iCloud too! I doubt it's many.

The transition to the new dock will take years to complete!

I don't buy the arguments above that just a few small bits of space would allow Apple to stuff new tech into the iPhone 5.

The phone itself will be physically be taller and therefore bigger. The new casing will be much thinner thanks to the reduction in glass thickness and the inclusion of a new rear thin metal panel instead of glass backing. Plus, has Apple not advanced ANY in two years since the release of the iPhone 4?

To me … why make it even that wide or take up even that much space? If the headphone port can just be used to sync on the iPod Shuffle and iPod Nano - why even bother? Wouldn't that yield a huge amount of space to eliminate the dock connector all together?

Honestly, for a while, I thought Apple was trying hard to be a standards based company. In the case of the iPhone, they had created a standard.

With the Mag Safe power adapter - they have yet to license it to third parties. The only way you can get an AC adapter is to get one from Apple. You can't just go anywhere and get a power adapter for your Apple laptop.

I suspect one of the real reasons is that Apple wants a new licensing mechanism. While Apple won't break down licensing in their earnings publicly … intellectual property and licensing are some of Apple's biggest assets. It costs relatively no overhead to maintain ideas.

Computer industry analysts and bloggers would love to tell you Apple is most concerned about hardware, software, and iTunes sales. The real gravy is in the ether of intellectual property.

While I will have to adapt … at least I know the real reason why.

This will be as difficult a transition for me as it was to go from my Powerbook G3 Pismo that I souped up with a 500mhz G4, SSD, and slot load DVD writer to an Intel laptop that only the memory and the hard drive could be upgraded on. I had my Pismo for 6 years … an eternity in computer life. I finally switched to a 2.0ghz CoreDuo black Macbook. I got the last model made of the Black Macbook - a 2.4ghz Core2Duo two years ago - that's what I have now. (Sigh)

* Some information in this article sourced from wikipedia

* I would still contend that the PowerBook Pismo is the best computer ever made!