With all the talk lately about Apple collecting iPhone location data and bumbling Saturday Night Live writer/actor/comedian turned U.S. Senator Al Franken trying to capitalize on Apple headlines like a Dvorak column with his new "privacy bill", no one seems to have mentioned something rather obvious …

Apple provides one service, completely free, that is squarely aimed at consumer privacy:


FIND MY iPHONE.
Before Find My iPhone, you could google for "a phone ringing" website, ring your phone, and if it wasn't on silent, locate your cellphone. With Find My iPhone, the phone will ring in a loud echoing submarine sonar ringtone EVEN IF you have the phone on silent - just by going to Apple's very own me.com.

This is one of the iPhone's single biggest awesome features that isn't marketed very much … but there's a another advantage; privacy.

So, the geniuses at Apple truly do care about your privacy and Senator Franken … you didn't even know it.

I just used it … I probably use it two or three times a week.
No comments: 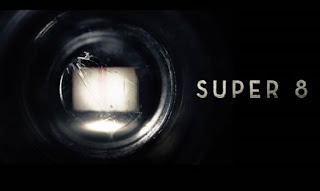 Super 8 is directed and written by J.J. Abrams.


"After witnessing a mysterious train crash, a group of friends in the summer of 1979 begin noticing strange happenings going around in their small town, and begin to investigate into the creepy phenomenon." ~ IMDB

I have to admit that I love J.J. Abrams movie style. He has brought a unique look, feel, and mystery to movies - much in the same way M. Night Shyamalan did a decade ago.

J.J., the creator of the hit tv series LOST plays to the true geek. Just as Shyamalan brought the "not what you think it is until the ending" - Abrams has added unique visions to common occurrences and has a taste for the 70's and 80's when he (and I) grew up.

I didn't expect Super 8 to be as scary and suspenseful as it was - but this is pretty much J.J. Abrams style.

For the first half of the movie, I began to get the feeling that a lot of plots were being hatched and that we would never get the answers just like LOST - which to me, had the most disappointing anticlimactic ending in television or cinematic history.

If I were to give "Super 8" a rating it really would be an 8 out of 10. It has a great character development and the throwback to the early 80's separate it from other movies.

The "monster" will be reminescent of another Abrams movie - Cloverfield, but is still quite unique.

One personal reason I wanted to see this movie was for this odd reason.
No comments:

X-Men 1st Class: A 1st Rate Movie With Only One 2nd Rate Actor 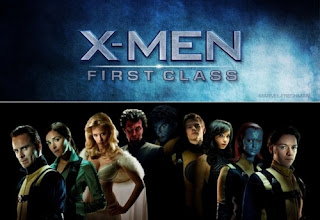 I've enjoyed all of the X-Men movie adaptations … to date … X-Men Origins: Wolverine has been my favorite.
X-Men: 1st class is, as the name may indicate, another "origins story". It does a great job of showing the beginnings of relationships and interactions between the mutants and humans and has quite the commentary and comparison for mutant struggle versus Jewish torture and genocide in Nazi Germany.
Certain cameos will make you laugh, but I question one of the major casting roles; Kevin Bacon, as Sebastian Shaw. It was awkward to see him play a German official, and then "later in life" see him talking like Kevin Bacon with no German accent whatsoever - just sounding like Kevin Bacon.
Before this movie, I had thought one of the best casting jobs ever to make a fantasy role seem realistic was Hugh Jackman's Wolverine (from the X-Men series of films). I also think James McAvoy as young Professor X (Charles Xavier) and Michael Fassbender as Young Magneto (Eric Lehnsherr) are amazing casting jobs as well. Both play their parts perfectly. Both of their stories of transforming from youth to extraordinary leader is convincing and, at times, touching. 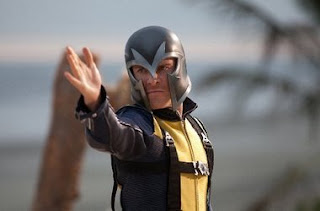 I have to admit, that seeing Magneto in the movie trailers, he looked silly - but once put in context - it's a very convincing role.
Another convincing and almost frightening role was Jason Flemyng's disappearing devilish character; Azazel.
On a side note: While I enjoyed this movie greatly, I have an ongoing issue with how the Lord's name is taken in vain in movies - especially movies specifically marketed to children. I honestly don't think this is even a "Christian issue" … it's more of a respect and reverence thing with me. Even if you don't believe in God, or a God - reverence and respect should come from someone (anyone) for one's deep spiritual connections. I honestly think there'd be a huge uproar if "God Damn" were replaced with something like "Fuck Mohammed" throughout a movie and said at every opportunity of surprise, anger, or emphasis. It's not something I'll ever get used to hearing in a movie. Kudos to any modern screenwriter that gets his actors to avoid making this comment - especially more than once per movie.
No comments: