What Does My Cable Or Satellite Provider Pay For The Channels I Have ?

Below is a chart detailing the prices Dish Network, DirecTV, Charter Cable, Time Warner, and Comcast pay to the various networks to broadcast their stations via their service. 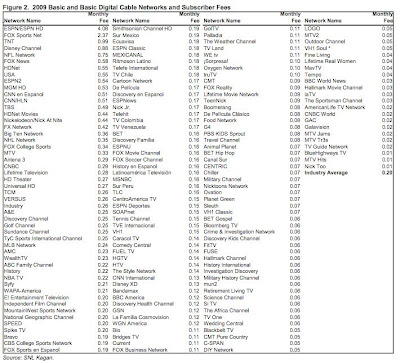 One thing this chart really shows is that "a la carte pricing" where the consumer pays only for channels they want would be a much better deal. For example, ESPN, which I don't watch, would allow me to get 20+ channels in it's place.

Email ThisBlogThis!Share to TwitterShare to FacebookShare to Pinterest
: reference, TV