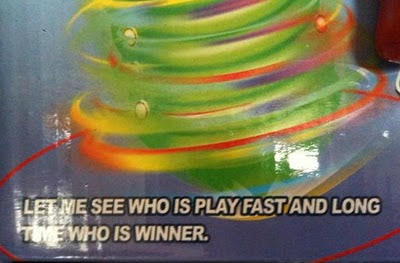 This is a picture of a package from a toy my wife and I spotted at a flea market in Pigeon Forge, Tennessee.
No comments: 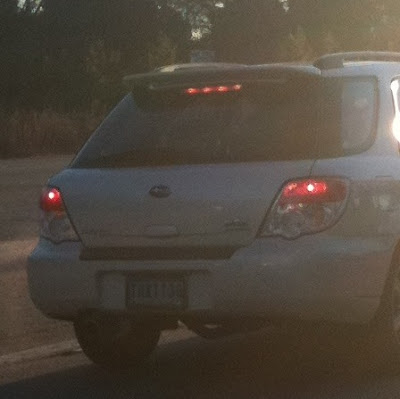 Here's a picture of a South Carolina custom license plate that says "THX-1138".

(Google if you don't know what that means)
No comments: 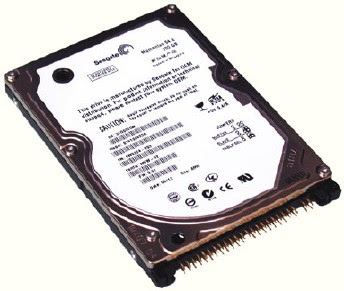 Black and white MacBook models sold between May 2006 and December 2007 may be eligible for the repair program.

A flashing question mark appears on screen when the MacBook is turned on.

The repair program covers hard drive issues on these machines for three years from the date of purchase or until August 15, 2010, whichever offers longer coverage.

Apple's new program appears to relate to mechanical failures of the read/write head in Seagate drives used in Apple's early MacBook line reported as long as ago as November 2007. Apple acknowledged the reports and noted that it was looking into the issues soon after, but waited over two years before finally issuing an official repair extension program for the affected MacBook machines.

My hard drive AND the replacement I received failed. I am now using an SSD and have been happy with it. I have been very disappointed in Seagate hard drives.

* Nod to MacRumors for the tip
No comments:

Email ThisBlogThis!Share to TwitterShare to FacebookShare to Pinterest
: MacBooks, Recalls

The New York Times is reporting that Steve Jobs is cooperating with a writer for an official biography.

Apple’s chief executive is set to collaborate on an authorized biography, to be written by Walter Isaacson, the former managing editor of Time magazine, according to two people briefed on the project.

What if Steve Jobs plans to make the release of this book an exclusive iBook (preloaded) on the iPad, iPhone, and iPod Touch?

Then donate the profits of the sale (after the exclusive) to charity .... hmmmm ... very interesting.
No comments:

Create your own iPhone App ...

Create Your Own iPhone or Android App in Minutes With iSites

Creating a self-branded iPhone or Android app just got a lot more accessible. iSites, a new service (just launched last month) allows you to take your website’s RSS feed and data and quickly transform it into a full-fledged iPhone app. You can also monetize it for a one time $99 fee. It takes about 3 - 5 minutes from download to finished product - no programming knowledge necessary.

NOTE: It seems several apps like this came out at this week's MacWorld Expo - but aren't nearly as feature rich and appear to be a lot more costly to use.

This morning, I was doing some routine monthly maintenance on my MacBook with Mac OS X 10.5.8 (Leopard).

The repair was taking a while ... when I viewed the log all of this came up:

Warning: SUID file "Applications/Utilities/ODBC Administrator.app/Contents/Resources/iodbcadmintool" has been modified and will not be repaired.

Permissions differ on "Applications/iTunes.app/Contents/CodeResources", should be -rw-rw-r-- , they are lrwxr-xr-x .

Permissions differ on "Applications/iTunes.app/Contents/Frameworks/InternetUtilities.bundle/Contents/CodeResources", should be -rw-rw-r-- , they are lrwxr-xr-x .

Permissions differ on "Applications/iTunes.app/Contents/Resources/iTunesHelper.app/Contents/CodeResources", should be -rw-rw-r-- , they are lrwxr-xr-x .

Warning: SUID file "System/Library/Filesystems/AppleShare/afpLoad" has been modified and will not be repaired.

Warning: SUID file "sbin/umount" has been modified and will not be repaired.

Warning: SUID file "bin/rcp" has been modified and will not be repaired.

Warning: SUID file "usr/bin/quota" has been modified and will not be repaired.

Warning: SUID file "usr/bin/rlogin" has been modified and will not be repaired.

Warning: SUID file "usr/bin/rsh" has been modified and will not be repaired.

What does all that mean?


I found the following information:

The SUID permission causes a script to run as the user who is the owner of the script, rather than the user who started it. It is normally considered extremely bad practice to run a program in this way as it can pose many security problems. Later versions of the Linux kernel will even prohibit the running of shell scripts that have this attribute set.

• There's no cause for alarm, as it mostly seems to be a Disk Utility reporting error

The season premiere of LOST is on Tuesday February 2, 2010.

It starts at 8PM EST on ABC.

I'm not saying this as a fanatic, I don't have posters or action figures ... I don't even own any of the DVDs from previous seasons ... this is just one of the most compelling stories ever told.

I'd strongly encourage you to watch.

If you'd like to catch up ... you can probably get seasons 1-4 on DVD from your local library. I rented season 5 from Blockbuster.

You can also watch and catch up on ABC.COM and on iTunes.