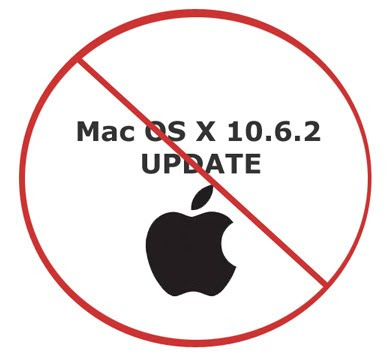 This is a note to everyone out there and everyone that I have helped over the last few months install Leopard onto netbooks:

If you do, your system will not boot.

You may install any security update / iTunes / Quicktime updates.

My motto is - if ain't broke or mandatory don't try to fix it.

[UPDATE] There are other notes around the web of MAC Mail app issues and sound problems after thus update.

John Gruber at Daring Fireball suggests that this may simply be a bug in the 10.6.2 update.

Further, a small ethical debate has ensued in the comments to my article that's worth a read.

[UPDATE] A court has decided that installing Mac OS X on NON APPLE hardware is not allowed according to Apple's licensing terms in Psystar vs Apple.

Barring appeal - I suppose I'll not help anyone install on netbooks anymore, and by help in the past, I mean I pointed people in the direction of a tutorial that's easy to find on the web and told them to read a review on XLR8YourMac on which netbook to buy. I don't feel I was encouraging, just not discouraging. In my cases, I always recommend Apple hardware, but sometimes the budget does not allow it - even if a refurb can be had. The lure of netbooks - good ones - at $299 - is well ... alluring. I have a black Macbook - I'd like to have a Dell Mini w/ built in TV tuner triple booting Ubuntu, XP, and Snow Leopard. Hopefully Apple recognizes this segment - maybe they will - maybe this is what "the tablet" is.