Should I Buy A Refurbished Mac?

I always buy a refurb when it comes to a new Apple Computer ... I always recommend it to anyone wanting to purchase a Mac as well.

My logic falls along these lines:

• Most Apple refurbs (from the Apple Online Store) are from the retail stores.
• Apple computers are allowed 90 days maximum in a retail store
• Apple generally replaces any part that is scratched.
• Apple includes all brand new accessories with each refurb.

I look at getting a refurb (from Apple) as like getting an extended warranty - the unit has been thoroughly examined. If it was in an Apple Retail Store (as most refurbs are) then it most likely is 3 months old - therefore ... it's kinda like getting a 15 month AppleCare warranty.

Also, I take into account that even the occasional NEW Apple computer could fail right out of the box - so what's the risk? 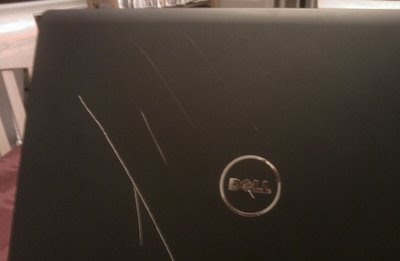 As reported by The Consumerist:

Ever wonder if "certified refurbished" is just corporate doublespeak for "not entirely broken crap?" Well, at Dell, it is! This refurbished Dell Studio ... arrived with large scratches and a CD-R in the optical drive containing a pirated copy of Microsoft Office. Dell's response? They're willing to take back the laptop and waive the restocking fee, but that's it.

I wouldn't hesitate to buy an Apple refurbished Mac or product. I didn't think that Dell was that bad however!

Lucky me, I have little desire to buy a Dell in the first place. :O)

In a lot of people's quest for the best deal on a Mac ... They are buying refurb PCs to make a hackintosh.

While Apple's refurbs are still more expensive than Retail PCs ... I want everyone to know their is just as much if a difference in the quality.

This story is the norm for PC refurbs - it's the rare exception for Apple - this Dell refurb story gives Apple refurbs a bad wrap ( by commonality ).