I've liked the X-Men movies, but I've never been a fan of the X-Men cartoon, comic, or characters. I especially have always thought Wolverine (in comic and cartoon form) was silly looking in the yellow and blue costume.

I also would say that the second installment (in 2003) of the X-Men movie franchise was the weakest - the story of Colonel Stryker returning to kill all mutants.

X-Men Origins: Wolverine is somewhat of a prequel to the second X-Men movie mentioned above.

This movie was very entertaining and had a number of innovative camera shots beyond special effects. Hugh Jackman gives Wolverine depth and believability - much as Michael Keaton does in Tim Burton's Batman and Tobey Maguire in the Spiderman franchise. 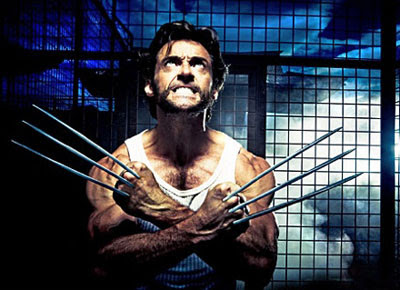 I would rank this within the top 5 Superhero movie adaptations - with the first Tobey Maguire Spiderman still barely holding onto the number one spot.

It's also odd to me that ... as a child ... I didn't really care for the Marvel superheros. I never really liked Iron Man, X-Men, Spiderman, etc - but the movie adaptations have really gotten me to like them.

See this in the movie theater for a "deserving better than DVD experience".

i almost laughed out loud when the helicopter blew up, then blew up again, then one more time...