Another Reason For Apple Not To Do Netbooks 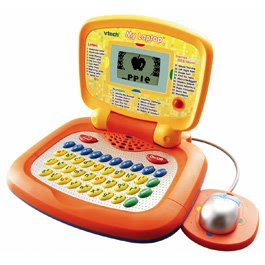 As reported by C/Net:

"In the first period--June, July, August of last year--there were some in the retail channels that were shipping (Netbooks) as notebooks," Sean Maloney said in a question-and-answer session that was streamed over the Web. "They were running ads that had a continuum of notebooks and had this Netbooky thing in there--it was called a notebook. They had very high return rates and a couple of these guys had return rates in the 30 percent range, which is a disaster."

The return rate for the MacBook Air - which is considered Apple's current closest competitor for netbooks is higher than Apple would like and the "Air" is pretty full featured.

Most of the Netbooks I've seen - like the HP Mini and Acer models - seem like kids VTech laptops in build quality.

Email ThisBlogThis!Share to TwitterShare to FacebookShare to Pinterest
: Netbooks

Netbooks are mostly about price, not just physical size. Apple's closest competitor to a netbook is the iPod touch (in terms of price and physical size).

Netbooks are a valid and useful market segment. MacBook Air and iPhone/iPod touch Platform are related in some ways, but do not really compete in the same space. It is conceivable to own all three and experience little overlap, though I would suggest a Desktop/MacBook Pro/Netbook/iPhone mix would be better.

Apple can and will build a Netbook. Just don't expect it to be anything like the Samsung NC10 (The class-leader in Netbooks - and my personal Netbook).