I've recently had a flurry of comments on older stories ...

Since there's been new interest in Jack Campbell - I've had a number of comments on older stories about him.

I've also had some recent activity on my story about Wegener Media:

It seems this business remains the same with very poor customer service and a deceitful owner. 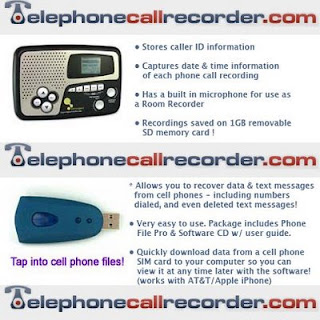 I also had a very good question in my Recording Telephone Calls reference section:

I'm in California. Recently a large insurance co that carries my auto insurance phoned me and said they wanted to speak to me about a recent accident. When she ask for permission to record, I said no and she hung up on me.
1.By not giving them permission to record; Will it release them to do whatever they want concerning my case?
2.What about calls where people are asking you for personal info? for example a bank?
3.Let's get to nitty-gritty. Idon't like the idea of being recorded at anytime for any purpose. I'm not trying to hide anything but with todays' technology you can be made to say things you didn't say. Further,I consider it an Invasion Of Privacy. Are there consecquences that could come to bare if I say no to recording?

You have a contract that most likely says you can be recorded.

You need to act on this as soon as possible as your insurance company can sue you for any amount they are paying out.

Here's how you handle this:

Obtain a quality recording device yourself / call them ... Start recording ... Agree to be recorded if they ask to record you ... Do NOT in any way even hint you are recording them ... They have already consented by recording you ... Make sure they state the date and time of the recording ... If they don't; you state it. Be as general as possible ... Be as brief as possible ... NEVER volunteer an answer or a question ... If yes or no will do - answer that way. You will now have recording. The insurance company will have to take you to court to use the recording against you. You will have your unaltered recording in hand. You will object to anything out of context and object to alterations to the recording. You will also object to your insurance company attorney saying you denied a recorded conversation - on the grounds that you wanted to make sure they had the legal right to do so. (Say this with no further explanation or exposition)

If something out if context is played ... Request that the entire conversation be played.

If they are rude, have altered the conversation contextually or physically you may can get a default judgement in your favor.

You will need an attorney at this point and you will make the counter claim for his fees, your time, the recording device, pain and suffering , and fraud if altering or tampering is found.