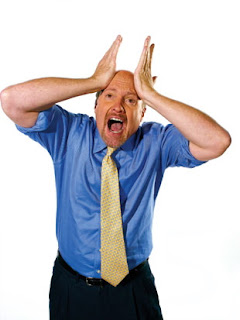 In the video link above ... John Stewart plays a clip of Jim Cramer from December 2006 talking about how easy it is to manipulate Apple’s stock price by spreading baseless rumors that the unannounced iPhone had been rejected by both Verizon and AT&T.

I've been saying this for years! Jim Cramer should be investigated immediately! He should be indicted and forced to hand over any names whom he also knows manipulated the stock market.

At this time and several months before (December 2006) - it was clear that the iPhone was going to be announced. It was also very clear that it was going to come out within the year and VERY VERY clear that it wasn't EVEN DISCUSSED with Verizon. The iPhone was meant to be a US introduction and soon expand internationally ... which means SIM card service - which means the largest SIM CARD/GSM carrier in the USA - AT&T. It was also very clear that AT&T would require exclusivity.

Why would I know this? Because I ... little ole me ... was able to see an iPhone prototype in August of 2006, then again in October and November 2006. If I could get access to it - so could a big wig like Cramer with minimal effort.

Email ThisBlogThis!Share to TwitterShare to FacebookShare to Pinterest
: aapl

I agree! However, there are a lot of people out there who should be in the same boat and should be prosecuted as well. I've always thought that something fishy was going on with Apple's stock - thanks to John Stewart from raising the issue. A lot of sites have been picking up on this and I can only hope that something comes of it?

There was also the Engadget debacle where they said the launch was going to be delayed. That day aapl stick tanked 20 points and verizon rose a tick or five.

If I were a betting man ... I think this was a concerted effort by those in charge at Engadget to manipulate the short sale and profit. (specifically on apple stock)