In an interesting and creative move, the band The Presidents Of The United States Of America has decided to distribute an iPhone App that includes all of their band's music.

They own and created the iPhone app and own all the rights to their music.

This is a very creative approach to music distribution. 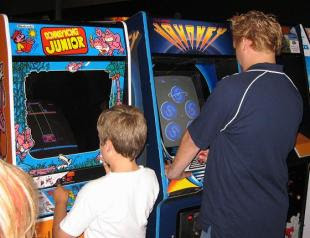 I had thought about this a while back. I remember playing the Journey Video Game back in the 80's. I thought it would be interesting for their band to release a port of that arcade game with all of their music. It would be a runaway success - just because of the press it would most likely get. It would probably even be featured in an iPhone commercial.

Here is a link to the full story on TechDirt

* That's not me in the picture