eBay, The BBB of San Jose, and Me

One thing I have been quite busy with over the last month is corresponding with eBay over a number of issues - including psychotic eBay sellers (which I will discuss in another post), miscalculation of feedback (so eBay can charge higher fees), and unfair advantages given to "big sellers" (whom are actually competing with 11 year sellers like myself).

The correspondence you will see here is unedited - it proves that the BBB (nationwide) is a joke. It's STILL a good idea to file a case with them if you have an issue with a business ... but just understand that they are VERY protective of paying and "badge displaying" members. Usually an outright scamming business is not part of the paid annual dues memberships to the BBB. This is why you often see huge amounts of complaints unresolved against small businesses - if you don't pay the annual dues to the BBB - they could care less ... 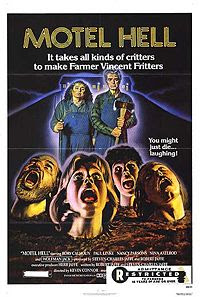 that is of course unless they get press coverage for assisting a news crew or police with an investigation of a business. "Motel Hell" would get this response from a BBB complaint.

"The BBB remains neutral on the quality of lodging at hotels as we see comfort ratings as subjective. Motel Hell has provided excellent sausage at their Bed & Breakfast for many years. They are known internationally for their breakfast service."

* Even though eBay is located in San Jose, California - they are incorporated in Utah with a dummy office so they can be bound by very sketchy Utah business law.

Here is a message I sent The Silicon Valley BBB (who handles eBay complaints) after they closed my case indicating that eBay had resolved my case. Note that the San Jose/Silicon BBB reopened the case TWICE because I indicated eBay didn't answer questions I asked:

I wanted to express again.

I took this case to my local Greenville BBB in Greenville SC and they indicated that you have closed the case improperly and allowed eBay to give very unclear, unprofessional responses without prompting them to follow BBB guidelines.

I have noted in our conversation thus far:

1) eBay admits that they are required by law to have a phone number, but also denied this fact in a contradictory statement. Which is it?

2) eBay SENIOR STAFF is not aware of certain sellers paying no listing fees that specifically compete against my unique product that I have been selling for 6 years. eBay's Kristin Hale indicated that no seller gets free listing fees. I provided proof to the contrary.

3) The responses do NOT reflect eBay's actual opinion on this; rather someone in PR who is NOT seeking any advice in their response.

5) My issue of "extreme exceptions to presale auctions" was not addressed - simply given a "it follows all rules" response - when I have clearly pointed out that it does not.

Here is the response I received:

It is your right to contact another BBB for a second opinion. It is unfortunate that Greenville BBB does not agree with our procedures. AllBBB's work within the same standards set by BBB Council, but has different procedures and handles complaints differently. I would be happy to speak with anyone at the Greenville BBB should they like clarification. Perhaps their BBB does not work with very large Internet companies that must work under the confines of California law. I work with eBay complaints everyday. I am familiar with their TOS and with Mr. Feil's responses. I feel he has responded reasonably.

Please understand, the BBB simply asks companies to respond reasonably. I understand you may not agree with the answers eBay has given you, but we are unable to tell them how to run their business or how they must respond. Mr. Feil has responded within eBay's TOS. That is all we can ask him to do. If you remain unhappy with eBay's response and their TOS, you may wish to contact your State Attorney General. As a government agency, they may be better able to assist you with the problems you are experiencing and the answers you seek.

I apologize we were unable to reach a satisfactory resolution for you. However, we have processed your complaint within our standards and now must direct you to go beyond the BBB to seek the results you would like.

1) Mr. Feil has NOT responded to me directly - someone named Kristin Hale has. I doubt that any senoir executive has heard of or seen ANY of my eBay correspondence. [Note: Feil isn't THE President - he's upper management in Trust & Safety]

2) The eBay rep did not respond reasonably and you even mentioned so yourself - reopening the case. Ms. Hale used the word "restate" several times. She was not asked to "restate" as her previous responses were incomplete. My questions were to clarify, not restate - I know what she said and I was able to prove with links and eBay policy quotes that she was wrong. So, NO, YOU NOR MS. HALE are familiar with eBay policy, nor was it applied properly or professionally in this case.

4) Be assured that I have been in contact with the attorney general's office regarding this issue and others, as well as the "protection" eBay seems to be given by the BBB. I was told BY MR. BROWN'S OFFICE to contact you then report back to them what the response was. It was the office of the attorney general that suggested I see if the case had policy applied correctly with my local BBB. I think my local BBB would take offense to your comment regarding "can't handle/doesn't handle" but I won't try to read anything into that ambiguous statement of superiority of your branch.

Over the past month ... I've branched out. I'm listing my ethernet adapter on multiple sites. While I have seen some positive results; I get no where near the sales or exposure I do on eBay. For eBay to suggest that one take their business elsewhere (for certain items) is not feasible. Many thousands of sellers have built their lives on selling on eBay - greater than half of those sellers have had their businesses ruined over the last year because of the oppressive monopoly eBay has become.

"eBay" has become a word. iOffer, craigslist, sellyourstuff, etsy - are not an everyday term people use. I probably say the word "eBay" 20 times a day.

I'm going to go out on a limb here and say - I wouldn't be surprised to find out that Ms. Alberti is a plant in the BBB and actually kicked back some money under the table every now and then from eBay.

Here is a link I found via a google search for "Verna Alberti":

eBay is located in Campbell, CA. I actually used to live next to their corporate headquarters and could surf on their open WiFi (who knows why it wasn't secure.)

Actually they have offices in San Fran, San Jose, Campbell, somewhere in Utah, Atlanta, and I'm sure others. All of my complaints were being forwarded to an office in Utah.