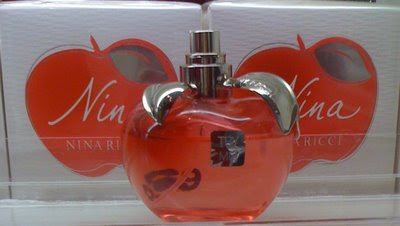 While in Lenox Square Mall in Atlanta Georgia, I stopped by Sephora and saw this cool new scent by Nina Ricci called Nina - it comes in this apple shaped bottle and smells really good. 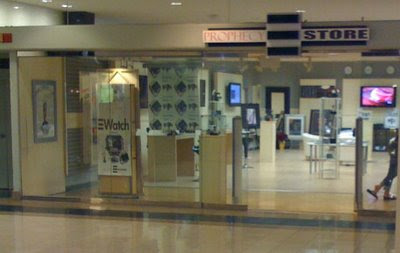 This store was in Lenox Square mall in Atlanta Georgia - the only thing they sell is a cheap looking bulky MP4 audio & video playing watch. It looks like the same kind of gadget you can get at GEEKS.COM for $49.99 - but they sell it for $299.99 and $399.99 + tax. There were no customers in the store. It seemed really weird even being there - it almost seemed like it was a front for something else. 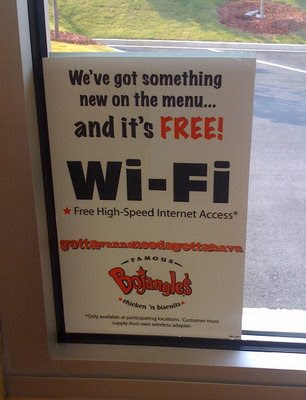 This is a "FREE WIFI" sign @ Bojangles - it advertises FREE WIFI - I saw the network & connected to it with my iPhone. I couldn't get on the internet, so I asked the manager if he could reset the router - he said I was the first one to ask about the internet in the 8 months since they've had it & didn't know if it worked.