It's interesting to me to see the media hype up the record setting box office take that Batman: The Dark Knight has generated in a short ten days worldwide ... but just to give the movie a bit of reality numbers-wise:

The Dark Knight STILL hasn't made its money back that it cost to produce. The movie cost a very high and out of control $185 million to make. Box Offices are pretty much divided 50/50 between the studios and movie theater chains. That means that The Dark Knight must make $370 million before it makes its money back.

Batman: The Dark Knight will have to make $1.25 BILLION worldwide to generate the same return the 1989 version gave Warner Brothers. 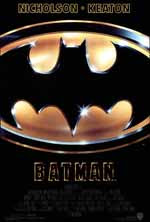 Take into account that movie ticket inflation has also been very high (around 20%) over the past two years. The average ticket price in 1989 was $5.75 - now it's $10.20. The Dark Knight is also showing in more expensive IMAX theaters - which have a premium ticket charge as well.

I get what you're saying but it's still a hugely popular movie. The massive production cost issue is industry-wide.

Plus, they have Blu-Ray and DVD sales yet to come - and the theatre run isn't yet over.

Movie costs are out of control though - mostly due to special effects costs.

But another point. Batman (1989) made it's budget back in 10 days - interestingly enough because it had some buzz due to Prince being attached to it.

My question is - are people going to see this because they've heard from friends that it's a great movie or are they bandwagoning to be part of a statistic or going to see because it's gotten a lot of media attention.

The Matrix did very poorly opening night as did Shawshank Redemption - the next day the box office boomed for them both.

I always ask myself - would this movie be considered for an AFI Top 100 spot. On this movie - I'd say no.

You are incorrect and right at the same time ...

It is backloaded for the first few weeks - but it averages out to be 50/50 over the life of the movie at the box office.

A movie MUST make back double the amount it costs to break even - the only exceptions are independently produced or independently distributed films.

Theater chains also get money for previews and I know all this FROM SEEING the books at a theater first hand.

Its interesting that you mention Star Wars because Revenge Of The Sith is actually a good example of how movie theater chains are actually making more money.

The same theater where I get my 50/50 figure from is an independent theater with 4 screens that rotates 6 movies each night. They charge $9.50 per ticket. About a year ago I spoke with this owner to see if he was interested in opening a theater up to show television shows in the theater and possibly open up a drive in theater. We discussed how much profit he makes per movie. He has been the owner of a large theater chain and now owns his own independent movie theater near me. He has worked for AMC and Regal. He explained it like this:

If a movie makes it to almost 2 months in theaters the split goes to 20/80 for the remainder of the film's time at the theater.

For most films - this ends up being a 50/50 split over the entire run of the movie.

The theater then has the option to sell the movie to another theater for up to 75% of the cost to obtain it from the distributor (like Warner Bros). Some theaters will rent the reel out to other theaters like discount movie houses - while others will keep a reel/movie (especially children's movies) to show for a Kids weekend.

Furthermore, archive houses buy the reels/movies back to rent it out at a later date or to provide paid archive use for news/research/education use.

For the past year, movie cost to theaters have gone down dramatically because of the much lower cost it is to get a movie.

Most Regal Cinemas get movies in on BluRay, HD DVD, a pair of hard drives, or they download it from a secure satellite connection. Very few films are coming on reels these days.