The day I post about Apple making a car ... 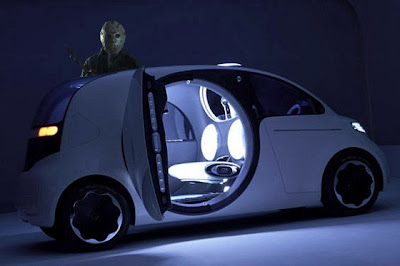 ... AutoBlog posts this ... at least I posted mine first.


As reported on AutoBlog:

Last August speculation began to swirl about a joint collaboration between Apple and Volkswagen to produce the unofficially named iCar. All the rumors were based on a report by a German publication that claimed Apple CEO Steve Jobs had met with Volkswagen chief Martin Winterkorn. Volkwagen confirmed the meeting, but provided no specific details about what was discussed. Topics could have ranged from Apple assisting the German automaker with the user interface of its new touchscreens, as Engadget had discovered that the VW had used a touchscreen UI very similar to Apple's Cover Flow UI in its up! concepts, to a full blown collaboratively developed car, aka the iCar. As is often the case with Apple rumors, the iCar was likely more a product of what people wished for rather than what the facts suggested. The newest issue of Autobild, however, features a never-before-seen VW concept joined on the cover by an iPhone. Is this the iCar? Who knows. It will likely pop up at some point during the next auto show season and all questions will be answered, but the Apple rumor machine will likely provide us with some outrageous explanations in the meantime.

Yes you did! I read all about it here first, on FixYourThinking!

Autoblog is a great blog, but it ain't no FixYourThinking, now is it?