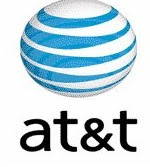 
"... [AT&T] plans to offer free WiFi to LaptopConnect and smartphone users with a promised 20% boost in 3G data speeds. That translates to "typical" downlink speeds of between 700 Kbps and 1.7 Mbps (up from 600 Kbps to 1.4 Mbps), and uplink speeds of between 500 Kbps and 1.2 Mbps (formerly 500 to 800 Kbps). To get those slightly improved speeds, however, you'll have to use one of the company's aforementioned LaptopConnect cards ... AT&T says those speeds are only a taste of things to come, with it promising that peak data speeds will eventually reach 20 Mbps as it switches over to HSPA+ between 2009 and 2010.

I confirmed that the Sierra Wireless 881U USB 3G adapter will have a firmware update to get the new boosted speeds. The new iPhone should support the new speed boost as well. AT&T may also soon offer an iPhone tethering plan for $29.99 in addition to your monthly iPhone charges.

I currently have the Sierra Wireless 881U USB 3G modem and have noticed a huge difference in speed over the last 3 weeks.

Email ThisBlogThis!Share to TwitterShare to FacebookShare to Pinterest
: 3G, ATandT