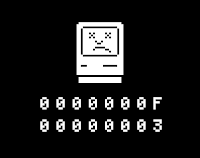 Very sad ... I never really got along with Stan because he chose not to moderate his atrocious forum posters. One of the reasons I moved to this blog format was so that I could have moderated user comments that Macworld and MacMinute chose not to control. Macminute has also been very weak on news over the last 6 months - mostly just aggregating software update news.

Stan will be sorely missed and I owe a lot of my "blogging about Macs interest" to him.

Stan is the guy who got me into Mac journalism. In the early days of MacCentral, I began working for him part-time. As the web site grew (and grew and grew) I was given more and more work. Eventually, the MacCentral gig became a full time job. And I loved it. The rest of the central unit of MacCentral was Dave Moser, Ben Wilson, Jim Dalrymple and Peter Cohen, not to mention several others who did part-time work, columns or was there for a while (including Brad Gibson).
MacMinute was founded by Stan in 2001 to “keep you up-to-date on everything that is going on in the world of Macintosh as soon as it happens.”