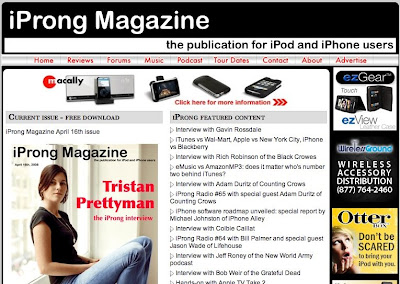 Over the last week, a lot of hullaballoo has been made about a company in Miami Florida selling a box that one can buy and install Mac OS Leopard on.

On April 15th 2008, The Gaurdian UK contributor; Charles Arthur came out with a piece entitled,

"So exactly who or what is Psystar? We dig a little."

In this brief dig, Arthur found that the business was located in Miami Florida in the United States.

And then we thought we'd look closer at the location they're in. And that's where things got really strange.

The address had changed completely.

OK, that's got to be the weirdest thing I've ever seen in years of covering technology. The first address, on Google Maps, looks like your average row of suburban houses.

The second - new! - one looks far more office-y, or at least industrial.

So, I know how if someone looked up my business it would show a condo complex. I work from home. There's nothing wrong with Psystar starting out of their garage ... right? Right!

So, then I started thinking.

First - I haven't visited any of Bill Palmers websites, called "the billpalmer.network" in over a year - I see that the site has now changed to iProng Magazine. There seems to be lots of interviews ... some kind of look like bothersome "follow the stars in the airport while they are getting their bags" kind of interviews ... but there are quality artists none the less seemingly talking freely with iProng interviewers. I just can't imagine an artist accepting the question,

"Will you do an interview for iProng magazine?"

I would laugh and decline.

Well, I searched through the iPRONG site because I had remembered that our friend Bill Palmer had (I thought) moved to Miami Florida. (Turns out he moved FROM Miami to Orlando)

The whois information for iPRONG.COM is as follows:

Do you see where I'm trying to go here?

I've never done this on this site before - just thrown out information with nothing but a hunch - but I have a VERY VERY good spidey sense that Bill Palmer is either involved with this or indirectly involved with this.

Bill Palmer has little or no respect for intellectual property rights. He was forced to change the name of iPODGARAGE.COM to iPRONG.COM and forced to remove the patented iPod Clickwheel from his logo. He also held the names, "LOADPOD" and "MACBOOKGARAGE". At last year's MacWorld Expo ILOUNGE.COM claimed that Palmer was stealing reviews, pictures, and other copy material and placing them into the iPRONG review bin.

Palmer had discussed many times that he has friends in Miami, Florida on his personal blog. He also does Mac Consulting. It's a given that Palmer is a MAC user. It's also a given that he probably keeps up with MAC news better than most of us - because for the most part - MAC News is Apple News is iPod News. Why would Palmer at the VERY LEAST not investigate this and have an exclusive on his websites or get credit for the news and promote his websites?* It just sounds fishy to me ... and I will leave it at that.

[UPDATE] The My2Cents4TheDay blog has an interesting alternate theory.

* One advantage that Psystar has going for it is that it isn't neighbored by any state - so it's hard for someone to just hop in a car and visit the "facility" and get an exclusive interview - that is of course unless you lived in Florida.

* I stayed in Kissimmee last year when I went to DisneyWorld. It is also referred to as "HotelOrlando".

Very interesting post. What you say sounds very credible. I'm not sure exactly what the truth is, but I do know - "That the truth is out there," somewhere?

Until it comes out, however, I guess that all we can only guess as to what it is, and that is always a fun thing to do.

he is not that smart. his podcast is like a drunk homer simpson mumbling through a discussion with the donut he's eating, his pdf thing is like a 3rd grader trying to use iwork and pages to copy spin magazine. copycat, yes, but mac clone maker, he's not that talented.

I'm not sure if I think it's him either - but maybe involved or an advisor or investor. Evidence: the really poor management of the press release, website, changing of data, IP knowledge.

I added a foot note linking your post on mine, as well, as it too is very interesting.

He used to live in Kissimmee then moved back to South Beach before hopping cross country for his 6 month stay in Hollywood.
Guess living cheek by jowl with the 'stars' has prompted him starting up his new career as a "music journalist"?


"... some kind of look like bothersome "follow the stars in the airport while they are getting their bags" kind of interviews ..."

I chuckled at that - I get the impression that when 'celebs' spot Palmer in the same room they all head for the exit muttering "There's that loathsome little man - quick get out before he asks for an interview..."

His "rogues gallery" of celebs that he has cornered, and had his picture taken with, is like some sort of pathetic teenagers scrapbook. Oooo, look who I am standing next to...

But, in reality, I imagine he pesters the f**k out of the artists PR people until they give in just to get rid of him...

Sweet Jesus, I hadn't looked at his magazine yet. That's pathetic. I can't believe people are buying ads in that rag.

Damn. When I launch Multiplayer Magazine, I'm going to make a point of embarrassing him with superior design, graphics and layout. I suspect the content will automatically be better, given the article I just saw i his rag entitled"Who is the iPod touch really for?". It seems Mr. Palmer despite being a self-appointed iPod expert and self-proclaimed member of his own fabrication "The iPod Generation" is about 7 months behind everyone else and an idiot. Or at least out of touch.

As he is off to the Lifehouse concert tonight I'd guess he is back in the Orlando area...