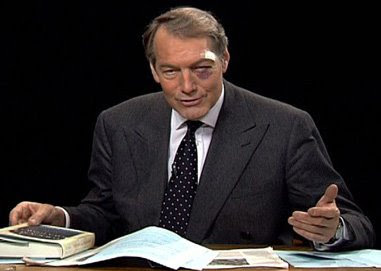 Charlie Rose, PBS Talk Show Host of The Charlie Rose Show appeared on television last night with a black eye and gauze on his face. He explained the injury during the broadcast. Apparently he was walking down 59th Street in New York, tripped on a pothole, and saved his MacBook Air instead of his face.

Unless life threatening, my laptop and iPhone come first!