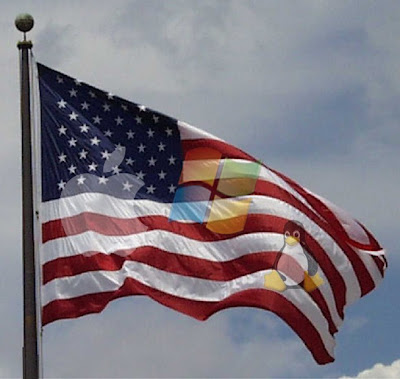 ... since when was it the responsibility of the maker of an operating system to prevent poorly-written applications?

Since when are operating systems compared to government structures? Operating systems are something we expect to be perfect by design, something where we accept minor flaws , and expect the maker to correct major flaws immediately. On the other hand ... a system of government is flawed by design, debates minor flaws and proposes fixes, but in reality only band aids the minor problems, and never fixes any of the major problems.

I don't believe a software engineering team, such as those designing the Mac OS, should be in a role of an executive branch of a democracy. It should be a carefully orchestrated dictatorship - one of the ONLY areas where the population under such rule can prosper.

I think one of the reasons Apple has been so successful with the Mac OS, the iPod OS, and the iPhone OS is that they are not meant to please everyone at all times - like a democracy is intended to do. Instead, Apple has made sure that if you want to live in AppleLand - you have to live and abide by the rules there.

"I think one of the reasons Apple has been so successful with the Mac OS, the iPod OS, and the iPhone OS is that they are not meant to please everyone at all times"

Steve Jobs has said that he's as proud of what Apple DOESN'T do (i.e., the features and products they've said "no" to), as he is what that've done.

Apple is extremely focused, and the lack of "scope creep" on their products is amazing, as is their patience in improving them over time instead of trying to throw it all in the bucket at once.

I think the fallacy here is that people are quick to call the iPhone OS an OS as if it's not on a closed hardware platform owned by Apple. Unlike Mac OS, iPhone OS has never been open or allowed 3rd party apps before. I can see why people might want to claim Apple is exerting more control than they should, but you don't see people using other fixed function devices (GPS, digital photo frames, etc) claiming that the system is too restrictive. The Apple TV is another example. There are people hacking them to do more, but no one is buying them then complaining that it's a closed system. If Apple did open up the Apple TV to approved 3rd party plug-ins or apps I bet we'd see the same situation, people claiming Apple is being too restrictive. When in fact Apple is being less restrictive with the iPhone now than the day it was released. And the iPod touch will be the first iPod to allow third party software that wasn't a game sanctioned and sold by Apple. That doesn't seem restrictive to me, it seems open.