An awkward picture and message to caucus states 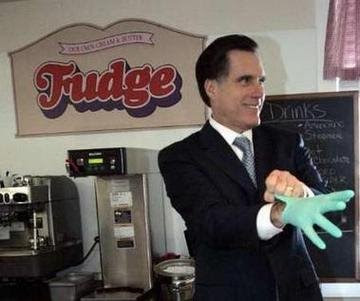 Any readers in caucus states have a responsibility to help choose the presidential candidates. PLEASE go show your support for your candidate of choice.

Personally, I favor Fred Thompson, but I don't think he will survive to get the nomination. My second choice would be Romney - which is looking like the Republican nominee. I do like Barack Obama, but I think he has the wrong viewpoint on the war in Iraq. While it's pretty much impossible at this point, I would like to see this race/ticket:

* Not that it matters, but Romney & Obama are Mac Users