In settlement with Apple, Think Secret shuts down 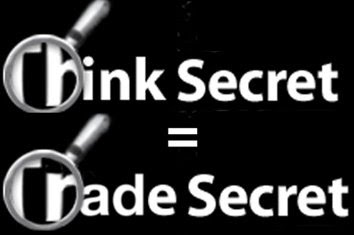 Press Release from Think Secret. Nick Ciarelli CLAIMS no sources were revealed in the settlement, but promised to shut Think Secret down.

Apple rumor site, ThinkSecret, issued a statement today indicating that they would no longer be published due to terms of a confidential settlement with Apple.

Apple and Think Secret have settled their lawsuit, reaching an agreement that results in a positive solution for both sides. As part of the confidential settlement, no sources were revealed and Think Secret will no longer be published. Nick Ciarelli, Think Secret's publisher, said "I'm pleased to have reached this amicable settlement, and will now be able to move forward with my college studies and broader journalistic pursuits."

ThinkSecret has been one of the longest running Apple rumor sites, started in 1999. Apple sued ThinkSecret in January of 2005 for "posting Apple trade secrets and encouraging and inducing persons to provide product information in breach of agreements." Today's settlement brings a close to this lawsuit.

When contacted, Nick Ciarelli was unable to provide any further details but said, "I'm very satisfied with the settlement" and wished to thank the Electronic Frontier Foundation and his attorney, Terry Gross of Gross & Belsky, for their support.

I honestly think MacRumors was tearing this site apart traffic wise and that no one has been trusting Think Secret for some time fearing they may get ratted out.

Fix Your Thinking has done extensive research and reporting on the topic of Think Secret. I have even provided information directly to Apple concerning this case. I was afraid my blogger case would grant rights to Think Secret ... making them immune to prosecution as journalists / journalism.

Use the right sidebar search with the terms "Think Secret" (choose fixyourthinking.com) to see all previous stories on this subject.

I also believe that Apple seeded a LOT of internal rumors leading up to the iPhone. These rumors were never going to be acted upon. When they got reported to the major rumor sites - Apple found the sources of the leaks. It's not hard to root out traitors in this manner and I think it's what Apple should have done long ago.

Email ThisBlogThis!Share to TwitterShare to FacebookShare to Pinterest
: Lawsuits, Rumors

Your blogger case was meaningless. It's not going to grant rights to anyone who doesn't already have them. It set no precedent, You sound like an idiot every time you bring it up like it that.

Is that why my case was used in this case by the EFF?

My March 2006 decision was already brought up in this case in favor of Think Secret.

The "Functional Analysis" for bloggers as journalists was created by Terry Gross of the EFF and adopted by the district Judge in my case.