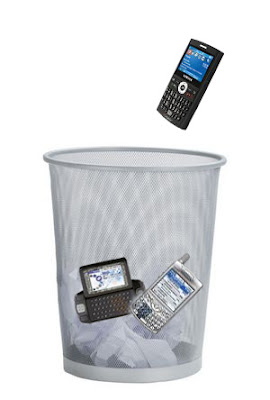 According to users on AT&T's official support forums, Samsung Blackjacks manufactured between November 2006 - February 2007 are the subject of a quiet recall due to a antenna issue. Apparently certain internal components are wearing oddly over time & causing the antenna to loosen & disengage, causing dropped calls & poor signal strength.

I had blogged about this previously. While I worked for AT&T, I noticed that the Samsung Blackjack was one of the most "switched from" phones (to the iPhone).

[UPDATE] Not sure one can believe a Samsung press release (it sounds like PR speak to me) ... but crunchgear scooped a statement from Samsung ... found here

Email ThisBlogThis!Share to TwitterShare to FacebookShare to Pinterest
: Recalls