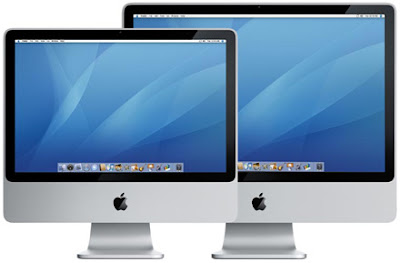 Apple has admitted that at least some of the newest machines do have an issue. Reportedly, an Apple spokesperson stated that a "small number of iMac users have made us aware that a recent software update can sometimes cause their iMacs to freeze, requiring them to restart." Apparently, the machines become "unusable, requiring a hard reset in order to recover," and Cupertino is currently "tracking down the root cause of the bug." ... a software update with [a fix] should be coming "later this month."

This is one reason I usually only sell Apple refurbs to my customers instead of first generation Macs. I've had two customers who bought new iMacs since they came out ... one has had this issue ... the other has had a lot of problems with their keyboard.

What's funny is that both times I perceived it not as a "freeze" but rather as the bluetooth mighty mouse simply losing its connection. Apps worked, my keyboard worked, but the mouse would not.

The first time, I rebooted and all was well. The second time I was a bit more patient, thinking it would "find" the device again, and it started working after about three minutes.

Now that I read the description of the "freeze" (which doesn't match my definition of a freeze, BTW) it may that I was experiencing this very issue.

As an FYI, I've had the wireless keyboard now for a couple weeks and it's never had a problem. I've also set both devices as "Favorites" in the bluetooth preferences panel.

My iMac has been doing the exact same thing, and I cannot find a resolution for it.

Apple released a software fix / have downloaded that?