Why An UNLOCKED iPhone doesn't matter ... 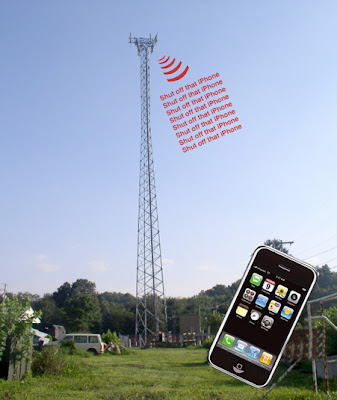 ... a number of iPhone unlocking claims were made by different individuals with one confirmed success. A second company (iPhoneUnlocking) also announced they had a software-only solution, but according to a press release, they claim to have been contacted by AT&T's law firm to prevent the release of their unlocking service.

The sale of unlocking codes is on hold after the company received a telephone call from a Menlo Park, California, law firm at approximately 2:54 a.m. this morning (GMT).

After saying they were phoning on behalf of AT&T, the law firm presented issues such as copyright infringement and illegal software dissemination. Uniquephones is seeking legal advice to ascertain whether AT&T was sending a warning shot or directly threatening legal action.

Engadget makes the claim that they actually SAW an iPhoneSimFree demonstration with a working iPhone on T-Mobile.

Over the weekend I must have had a dozen people mention this story to me. I can tell you why it won't matter. Apple AND AT&T both have your IMEI number on your iPhone. This number is a sort of extended phone number and serial number that your phone transmits with every data and voice connection. If AT&T wants to - they can disable the iPhone on the spot at any time they choose. It will be locked even beyond the SIM CARD.

If Apple wanted to shut your phone off because you had it hacked ... all they would have to do is add an important feature in the next software update. When one went to download and install the update ... the update would check for the carrier name on the phone and then disable the phone completely or write over the hack once installed.

ALL AT&T has to do is give T-Mobile or any other GSM carrier the IMEI numbers for iPhones and tell them if these numbers register on their networks they are required to shut them off. The Digital Millenium Copyright Act (DMCA) could easily be applied and granted injunction in court in this situation.

So ... beyond the litigation factor, you would be STUPID to try to perform this hack - as your phone could be shut off at any second.

There doesn't seem to be much legal support for Apple or AT&T demanding that T-Mobile, for instance, bar iPhones from its network.
They might interfere with unlocked phones via software updates, but your scenario is far-fetched.

Ah ... but it does MORE than just allow connection to another carrier's network ... it allows for the mail.app APP to work and the Google Maps app to work ... amongst other things ... these are proprietary implementations of these apps. T-Mobile's sidekick has proprietary implementations as does the blackberry - I'm pretty confident that AT&T and Apple could apply the DMCA - or at the very least cary it pretty far in court.

do you have an iphone? i have my iphone unlocked and jailbroken and i think once someone pays 3 4 5 $600 for a device they should have all the right to modify alter hack thier "device" anyway they please!people like you make me so sick who cares if you think it doesnt matter ? boooooooooooooooooooooooo!!!!!!!!!!!!!!

With that logic - if I have a Lamborghini which I paid $100,000 for I should be able to go as fast I want to - regardless of the mostly unenforced law.