What a Difference An Ocean Makes

I noticed something interesting while reviewing movies for another movie revenue installment that I'll be posting soon ...

Here's the domestic and foreign revenue for the wide release of the movie Knocked Up: 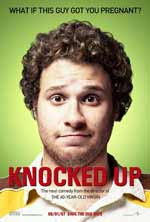 * Knocked Up is rated R

And here's the domestic and foreign revenue for the wide release of the movie Mr. Bean's Holiday 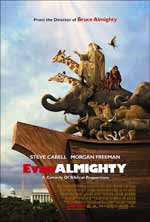 Cliche statement: Look how all those profits got washed away. Evan Almighty would have to make $350 million just to break even ... something it may not even be able to do until 5 or 6 years into home video release.

* Source for revenue data and pictures is BOXOFFICEMOJO.COM

I personally think Knocked Up is the best comedy I've seen since Wedding Crashers and Evan Almighty is one of the best family films to come out in a looooooong time. I don't even care to see Mr. Bean's Holiday.

[UPDATE] I got an interesting response to this post from someone I know that asked not be published by name, but that I might want to point out:

The movie, I Now Pronounce You Chuck & Larry; a comedy about two guys that decide to fake a gay marriage cost $85 million to produce ... here are it's numbers:

* I Now Pronounce You Chuck & Larry is rated PG-13

This movie was also released by Universal ... it would have to make $170 million to break even ... something it won't do for several years after it's home video release.

I didn't go see this movie because it didn't look in the least bit appealing to me.

That was my point but the inclusion of I Now Pronounce You Chuck & Larry helped my point a bit.

Universal was stupid to greenlight that much on the production of either I Now Pronounce You Chuck & Larry or Evan Almighty. The business decisions at Universal are horrible.

* Jeff Gaspin is CEO Of Universal.