A Look Back: The 3 Things I Don't Do Because I Don't Have OS9 Any More. 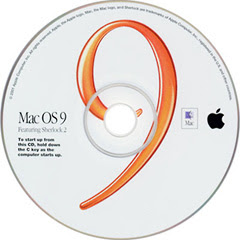 I thought I would post a quick retrospective about OS9 - remember ... it was the operating system before Mac OS X?

I got to thinking about this last night as I played my Playstation 2. It's been a while since I've played one of my own video game consoles - over the last few months I've played on a friend's Nintendo Wii and played on an Xbox 360 and Intellivision. I only own one native PS2 game. I own 25 PS1 games ... mostly all puzzle games. I used to play Playstation games a lot more. Why? Because I would play them on my Mac - via Connectix Virtual Game Station. 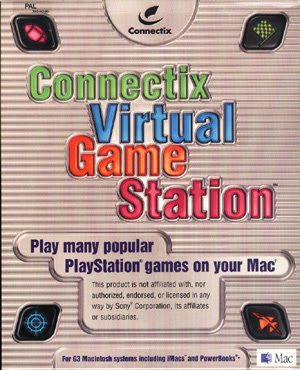 There are emulation solutions available for OS X. With the Intel Macs however the only "no compromise" solution is to load a Playstation emulator into Windows (booted natively into Windows XP).

My favorite game of all time on any platform EVER EVER EVER is called Intelligent Qube.

Here's a review of this game that I posted in the reviews section on eBay:

This game is a rare find on eBay. I own my original copy that I bought in 1998. Since owning this game I have sold 5 here on eBay. My average eBay end price has been $80 each. So - expect to pay around that for this game. I assure you it is worth it.

This game had a bit of licensing controversy between the creator and Sony - with it ending up that the creator barred Sony from ever releasing or rereleasing the game again.

Offering unique gameplay - your task is to mark a spot on a platform as "qubes" cascade towards you. When a cube lands on the marked spot, you detonate the area removing the "qube" from the playing field. You must remove all the "qubes" before they push you to the edge.

The best thing I like about this game is the music - it's "over the top" angelic choir music and gameplay narrated by a god-like Patrick Stewart (Capt Picard on Star Trek TNG) voice.

Once you understand the concept and learn to mark "qubes" in advance - you will be able to easily advance.

You are given an IQ score based on how many "qubes" you clear.

#2) I miss the Scrapbook. Man ... did I ever use the Classic OS Scrapbook. I never have gotten use to macros or using third party programs in OS X like Keyboard Maestro for cutting and pasting. Honestly, in OS X, I've just gotten used to typing out redundant things and just finding, uploading, and/or pasting pictures when I need them. For some reason though, the old Classic Scrapbook always seemed logical and easy to me - everything else seems hard to get used to. I'm not even sure if Apple brought such a thing back that I would use it because I've been doing things the hard way for 6 years now.

I used to have Mac OS 9 tricked out. I had animated icons via a program called Kinetic. I had the Mac OS themed with a program called Kaleidoscope!. I had fonts smoothed ... with SmoothType. I had a dock called A-Dock.

Mac OS X is negatively affected by the smallest of changes to the core OS ... so I just don't do hacks any more.

Is there anything you miss from the old days?

Email ThisBlogThis!Share to TwitterShare to FacebookShare to Pinterest
: Mac OS 9

I miss renaming a document/folder/disk with a single click on the name. In OS9- one click and you had the name highlighted ready to retype (rename). I remember Win 95+ being a pain to rename becuase it always took 2 clicks, one to hit the nem and a second to highlight/select the text. Now OSX is the same as Windows.

Me too. I used to have Mac OS 9 tricked out and ran all of the programs that you did: Kinetic, Kaleidsope, A-Dock, etc.

Among my other things that I really missed from my old OS 8.5 and 9 days was a calendar program called, 'Remember,' and the fact that I had more lot hair and a lot less weight in those days! :o)

I miss being able to tell at a glance how big folders were, how much space was taken up on a hard drive or in a folder. Don't tell me I'm missing something, I've been using Macs since '88. The finder is just primitive and screwy. OS6 could do better, for God's (Steve's) sake. Sorry, Steve, but hey...

Looooooong time mac user here, and the stuff I miss would take days to list. Off the top of my head, I dearly miss the following:

- Tabbed Folders
- The real apple menu
- The control panels folder, and it's prescence in the apple menu, and the subfolders therein.
- Control panels that made sense.. I now have to hit about half the icons in 'system preferences' to find what the hell I'm looking for, and God help me if I accidentally click something and change a setting, as the changes are automatically applied.
- The Finder, which while 98% stable, was 100% consistant in it's behavior.
- Tricking out my OS with INITs and CDEVs (Extentions and Control Panels to mere mortals)
- Fast, fast, FAST emulators. I'm talking 100% optimized bare-metal PPC code in certain (now primordial) MacMAME builds which let 200mhz run Capcom CPS1 arcade games at full speed.
- Being able to erase disks from the finder. The whole Special menu, actually.
- A 'Get Info' command that doesn't try to play damn file, and that quickly calculates the actual size of the folder. Once. Without constant updates. I shouldn't have to listen to my hard drive to make sure it's not still calculating the damn thing's size.
- TABBED FOLDERS! AGAIN!! NEVER FORGET!!!


The emulation isn't necesarily a function of OS 9 - it's that the PowerPC is a MUCH better chip to program emulation for ... but my sympathies are shared for MAME