The iPod: Proliferating sound but destroying the visual arts? 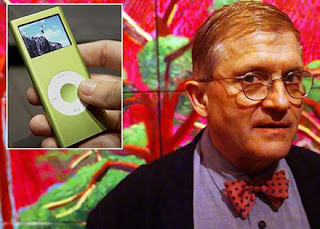 If you've been yearning for controversy, why not meet Mr. David Hockney? Commonly know as "Britain's best-loved living painter," Hockney has suggested that the proliferation of the iPod has been a primary contributor to the recent "fallow period of painting." He insists that today's society is "all about sound," and even mentions that people are turning off their eyes and ignoring contemporary art whilst "plugging their ears." Put simply, he believes the modern "decline in visual awareness" rests heavily on Apple's own cash cow, and further stirred the pot by insinuating that it led to "badly dressed people" who cared not about lines nor mass. As expected, a spokeswoman for Apple Australia refuted the claims, and while we certainly have seen no shortage of brilliant creations since the iPod explosion, there's always two sides to the canvas.

If the iPod has contributed to the lack of "visual art" then why has the iPod itself won design awards? I think it could easily be argued that the beauty and simplicity of design of the iPod actually inspires art and creativity. I know I can't draw or paint without music. My downstairs neighbor is an artist and she plays music just to get inspiration.

This REALLY sounds like a guy who wrote a piece to purposely get attention (using the Dvorak formula). 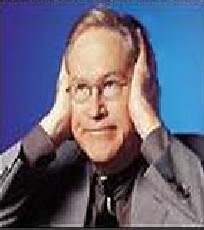 Ask a blind man if he can describe a scenario to you by hearing something ... close your eyes and listen to music and you "see the music" - even if classical or instrumental - your mind creates a visual.

I often described a sound with a color and vice versa to my blind grandfather. In truth, with the best art, I think it's hard to separate the two.

Email ThisBlogThis!Share to TwitterShare to FacebookShare to Pinterest
: iPod