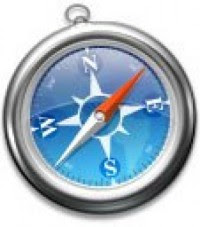 This was certainly my most educational bit of news for the week. Shortly after Steve Jobs keynote presentation yesterday, John Gruber posted a recap on Daring Fireball:

It’s not widely publicized, but those integrated search bars in web browser toolbars are revenue generators. When you do a Google search from Safari’s toolbar, Google pays Apple a portion of the ad revenue from the resulting page. (Ever notice the “client=safari” string in the URL query?)

The same goes for Mozilla (and, I presume, just about every other mainstream browser.) According to this report by Ryan Naraine, for example, the Mozilla Foundation earned over $50 million in search engine ad revenue in 2005, mostly from Google.

My somewhat-informed understanding is that Apple is currently generating about $2 million per month from Safari’s Google integration. That’s $25 million per year. If Safari for Windows is even moderately successful, it’s easy to see how that might grow to $100 million per year or more.

There’ve been many attempts to finance app development with advertising; what’s interesting about web browser search engine deals is that browser developers earn money – a lot of it – for ads that users were going to see anyway, just by performing the same search without the built-in integration.

That's awesome for Apple and now that I think about; it makes sense. I honestly thought it was the exact opposite. I thought Apple had to pay Google to license the Google name to place into the search bar and that it actually was a "loss" for Apple to produce Safari.

Apple releasing Safari for the PC seems like a no brainer to me now ... I wonder why Apple didn't do it a year ago?

I think the money thing is a bit overblown. Of course, Apple will take it, but the amount will not be significant to their bottom line. Let's face it, if it were that simple everybody would be slapping a browser together in the hope of making a few bucks...

I was a bit disappointed with Daring Fireball's comments regarding the keynote, and think there are better reasons why Apple wants Safari on Windows: