Zombies: Not Even The Undead Are More Interesting Than Apple Products 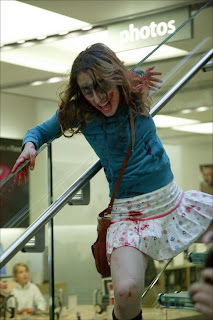 The story is not that a large group of zoobies periodically forms up in downtown San Francisco to wander the streets seeking victims. It’s also not notable that security guards throughout the downtown throw up a cordon to prevent the un-dead from coming into their stores, including the Disney Store, The Gap and the giant Westfield mall. No, the story is really about the Apple store employees’ utter non-chalance, and even amusement, when a group of 30 or so creepies staggered into the San Francisco retail store on Market Street last Friday, swept up the stairs and ended up at the Genius Bar. Staffers took photos, laughed and continued helping customers, while the security staff kept a discrete watch. Within minutes the group was gone, leaving only fingerprints on the glass staircase. After all, it’s more than a store 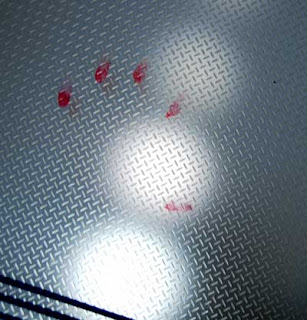 Can anyone explain how this is entertaining or fun to do? I mean - I dressed up like Spiderman for Spiderman 3, but this makes a scene AND a mess apparently.