I guess Apple can't be 1st for everything ... but will Microsoft help iPhone sales with the release of Surface©

Well ... Microsoft certainly did an Apple to Apple last night. 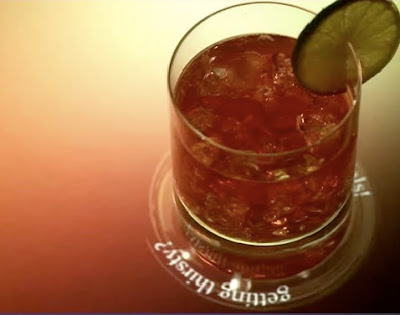 * I particularly liked the restaurant potential

The talk of the internet today is almost certainly to be Microsoft's new "iPhone like" Multi-Touch technology called Surface©.

Check it out here:

* because of intense traffic to the Microsoft website for this video, it may be choppy or you may have to reload it --- several times

I think this almost solidifies that the new iMacs [soon] will be Multi-Touch and that this is the big secret with in 10.5 and the reason for the big delay it's release. (although it doesn't seem possible that Apple could do much better then the video offered by Microsoft for the demo of this product (above).

I wonder if this will help the sales of the iPhone [which has this EXACT technology right now] - as this technology (from Microsoft) is still a good year off from being integrated even into high society hangouts. Microsoft is specifically going to target high end hotels and restaurants first. The technology (in the form of a table) currently runs in the neighborhood of $20,000 EACH and that most likely does not include the RFID technology/tags integration to make the higher end functions seen in the videos work. 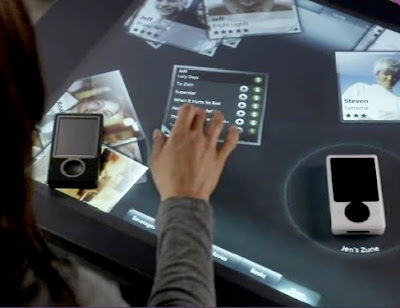 The most ironic thing about the video? These may be the only Zunes in use by the time this technology hits the consumer.

Make sure you look at the marketing perspective Microsoft chooses vs Apple in the video. It seems Apple always goes after "the attainable" -- whereas Microsoft always shows "the pervasive". Microsoft commercials are always pushing, "You will use" -- whereas Apple commercials always seem more human calmy saying "You are using".

Email ThisBlogThis!Share to TwitterShare to FacebookShare to Pinterest
: Apple, Microsoft

While Surface looks pretty cool, and indeed may be very good for the target market, this is not a consumer device, and not likely to be one soon.

Microsoft seems content to imply otherwise, but it's simply not gonna happen. On the other hand, Apple will have such an interface available for actual users in about three weeks.

I certainly would agree with that.