No, it's not about that at all 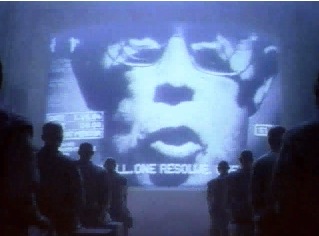 BusinessWeek & Other Tech Analysts Just Can't Seem To Understand Apple's Success. It Has To Do With Pop Culture. That's It!"

As I read over the headlines at MacSurfer this morning I read this:

Apple Sets the Design Standard: "The best companies making the best products still want to mimic the iPod, and they're learning that's more about substance than style" BusinessWeek

This story can be read here.

The analysts just don't get it.

This holds true for most people writing "How To Sell On eBay" books or giving "How To Succeed In Advertising" seminars ... it's not about substance, it's not really about style, it's about understanding and communicating Pop Culture. Apple does this without a flaw. If you look at the recent ad campaigns for Apple they really don't speak about the computers or products Apple produces. They relate on a social level. They make the Mac guy and the PC Guy "human friends" rather than showing a computer spinning and saying "Buy A Dell - the best selling computer". The iPod ads show people rocking to music that are almost surreal rather than showing people with headphones in their ears on a subway like Apple's competitors.

One of the examples given in the BusinessWeek piece is Nintendo. They cite the reason for Nintendo's recent surge in successful products as design and innovation. That's just not it. Nintendo's Wii Gaming Console is one of the most socially interactive devices to ever hit the consumer electronics market. It's input is based on movement rather than pressing buttons and moving joysticks in multiple miniature directions. The Nintendo Wii plays on the wild success of the game Dance Dance Revolution - which is not only fun to play but fun to watch your friends move and dance with the game play on the screen.

The famous award winning 1984 advertisement exudes a social message rather than a "BUY BUY BUY" or a "this product is designed well" approach. It's purely about Pop Culture. It's hard to relate what an understanding of Pop Culture is ... either you understand it or you don't. It's a talent to convey it. Apple is very talented at conveying it.

I think Newsweek is looking at what makes Apple successful as far as their products, not their advertising campaign. It wouldn't matter how good their advertizing was if they were just pedaling the same kind of products you see from other MP3 competitors. For some reason most electronics companies put feature list ahead of product usability. The result is usually a product that can do many things, but the user doesn't use most because they don't want to read thru and memorize a huge manual.

It's my opinion that Apple could market most anything well at this point. The interface and usability of an Apple product is a given.

Apple knows how to relate to pop culture. Apple computer users represent the largest and most loyal niche I know of, even surpassing Coca Cola (in my opinion)

Yes, Apple is a good marketer but if marketing was all you needed, guys would rush the stores to buy tampons, and we'd all be rubbing HEAD ON on our heads. It takes much more than that - of course, ipod competitors will talk up that as the only reason for the success of the ipod - that's the ONE thing they can't control so in essence when they fail, they are blameless - otherwise, they would have to sit down and design a better product - much easier to BLAME Apple' prowess ... plus Napster & Creative already proved that alone does NOT work - or wait 6 months to see the continual abject failure of the Zune ... but this sums up why the ipod is currently unbeatable: