Apple Sued For What They Usually Sue For 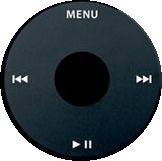 As reported by Electronics Weekly:

“We are suing Apple over charge-transfer technology in iPods,” Quantum’s CEO Hal Philipp told EW. “Some are based on Cypress’ PSoC chip and used in a way we believe infringes our patent.”

The legal action against Apple was initiated in December 2005 but all concerned have been keeping quiet about it until now.

Apple recently revealed that it filed an answer “denying all material allegations and asserting numerous affirmative defences”. It also filed “counterclaims for non-infringement and invalidity”, in July.

“There are settlement discussions going on but I believe it will go to trial later this year,” said Quantum’s Philipp. “I am hoping iPhone does not contain Quantum-patented charge-transfer technology.”

This suit will be added to the "Your Rights, The Law, & Litigation" Reference Section in the right side bar.