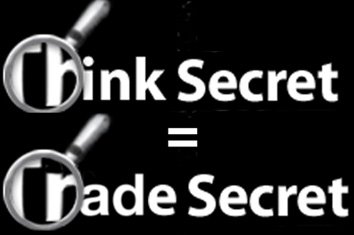 From Think Secret: December 15, 2006 - As Apple’s entry into the mobile phone market draws nearer each day, Think Secret sources have steadily been gleaning details of the device and its status.

Inner Daemon: Translation: I have been very busy using this:

A few months back (maybe a year) an anonymous “Thinksecret reader” submitted a bogus story and made out like they were a trusted source. This was the rumor about the plasma TV / DVR Mac Mini from Apple … Thinksecret reported all the details as almost assured fact.

The lead writer, Nick Ciarelli, who probably uses Macs, obviously has a vendetta against Apple. I honestly think his site exists for the sole purpose of harming Apple by trying to scoop product releases or in the hopes of being wrong about a great rumor and causing irrational financial analyst speculation or stock rise and crash (when said rumor doesn’t materialize).

This may be true with the “iPhone” … the iPhone rumor is now built into the stock and even the entire 2007 sales figures for it … if it doesn’t pan out … watch Apple’s stock TANK!

Here's why I hate rumors sites