Where'd you get those figures? 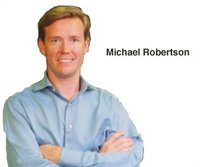 Michael Robertson had this to say over the weekend on his BLOG:

As summarized & presented by ENgadget:

Michael Robertson ...the anti-tech-powerexec known for founding MP3.com, Lindows / Linspire, Skype competitor SIPphone, and DRM-free online music sales biz MP3tunes, not to mention former employer of DRM freedom fighter Jon Johansen -- so it shouldn't come as much of a surprise that after the ruckus being raised around the Zune's crippled WiFi and worthless DRM system that he stepped in to take a potshot. [He rails in his blog] against DRM and the somewhat absurd position Microsoft is taking by scrapping PlaysForSure in their own device efforts (what he calls "Screwed for Sure"). "At first glance the features seem compelling, but my prediction is it will be the biggest flop of 2007 with less than 50,000 units sold worldwide." Also, says Robertson, "I've been looking for a good verb to describe losing all of your music to DRM because it's increasingly common and I think I have one: Zune."

Not sure if this was already said, but there are more than 1 million already presold into retail channels. Circuity City, Best Buy, Radio Shack, Walmart, Fry's, etc - just if each location for these chains buys the minimum stock of 10 per store - that's over a million units.

* Just the stores mentioned here; at 10 units per store = 150,000 units. You can almost be assured that Walmart will stock more than that in each store. Walmart has over 6500 Worldwide locations

That said, I think it will be a flop, if you want to be like the Jones' (which the average person does) you'll want an iPod for Christmas.