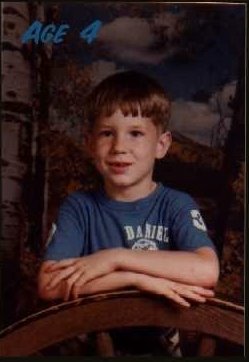 Every now and then I like to post an entry that lets you know who I am ...

I was recently asked: "What is your favorite childhood memory?"

My favorite childhood memory ... that's a tough one. I have a very detailed photographic memory and have a lot of good memories from my childhood. Some people think it's odd what I think are good memories, but I see them that way because they were formative events in my life.

If I could single a memory out though, I would say it was Christmas 1981. I was 7. My parents were on the verge of separating so ... it was the last Christmas I shared with all of my family intact. In the next few years following; my parents would get divorced, the majority of my family would die, and I would move to 3 different schools 4 separate times in two years. (Clemson, Greenville (Shannon Forest Christian school), back to Clemson, then Six Mile Elementary) My parents were starting the who's going to get custody of Philip preliminary rounds. That Christmas I got the most Christmas presents I've ever gotten and my brother got a new car! I got a pair of remote control cars, a bike, a laser tag shooting range, a lego playset (actually a knockoff called Tente), New Edition and Michael Jackson on cassette, and a new basketball. 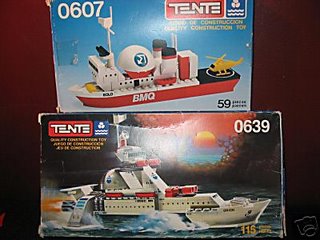 Each of them was wrapped elaborately or presented Extreme Home Makeover Style. For instance, my bike was behind my brother's car. In a "Move that bus!" fashion came my bike. The night before I had gotten a lot of Star Wars stuff from my extended family. I know now that I was being prepped for what was about to happen ... my parents separating. I will always remember that as the most magical Christmas and memory of my life. The following summer my family (minus my mother) would go to Walt Disney World in Florida for the opening of EPCOT.

That was a pretty revealing post, considering that you've always been a pretty upfront kind of guy. You deserve credit once again.

Tente isn't all that bad. The ship looks cool.