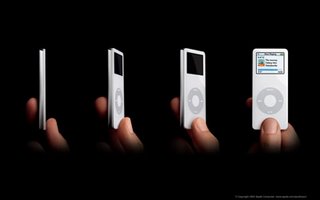 Obviously Sandisk will just be getting a few days/weeks jump on Apple. It's all but certain at this point that Apple is set to release new Nanos most likely in 2,4, and 8 gig capacities. It's also likely that Apple's 8 gig will be $249.99 as well.