Off Topic Friday: Pluto'd: verb. To have been made insignificant or to have busted a rank; demoted

Sentence: "The article submitted by FixYourThinking did not get interest on DIGG.COM so it was Pluto'd by digg members."

I sincerely hope that the scientific community reconsiders the declassification of Pluto as a planet. It's not a matter of what's "technically right and technically wrong" ... it's a simple matter of what we as students and teachers have known for more than 75 years.

Now I don't see anything wrong with making the object that is larger than Pluto that is just beyond our ninth planet; a planet.

Who here remembers having to do the styrofoam ball solar system as a science project - do you remember having trouble finding something small enough for Pluto?

I remember back in elementry school instead of doing styrofoam balls or some sort of string diorama ... the morning the "solar system project" was due I lined up sports balls of different sizes and scaled distances apart out in the parking lot. I used croquet and racquet balls, a tennis ball, dodge balls, a basketball, and a colored soccer ball ... for Saturn's rings I used an Aerobie© Frisbee. For Pluto I used a large marble. I got an "F" that day ... the teacher said it was not a permanent display and the planets were not color or size equivalent with the exception of a few. 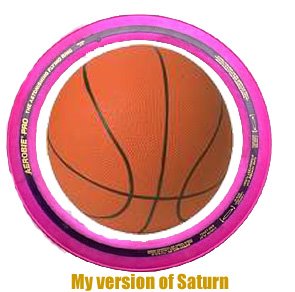 Again, this isn't like the theory of relativity being disproved ....

Pluto Discovered - February 18, 1930 = a couple of days before Steve Jobs and my birthday which fall on the same day.

I have to kind of snicker as I type this, but ... if scientists want us to accept some more controversial theories they must stick to standards. There is just no reasonable explanation to declassify Pluto. One thing that I can refer to is evolution. For instance, I believe in evolution to an extent. I don't believe that birds were dinosaurs, I don't believe that humans were apes. However, I do believe that birds beaks change and that animals (including humans) have evolved in many ways to suit their environment.

My other problem with this "new scientific revelation" is that the lyrics to one of my favorite School House Rocks songs no longer makes sense. 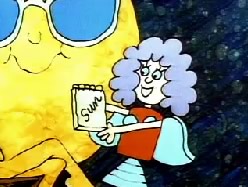 ...Mars is red and Jupiter's big
And Saturn shows off its rings.
Uranus is built on a funny tilt
And Neptune is its twin,
And Pluto, little Pluto, is the farthest planet from the Sun.

Here's a conspiracy theory for you: I have thought that maybe this was an inside deal with publishers to sell updated references to museums and education. Think of the literal millions that will be made in updating EVERYTHING. Makes you go hmmmm ... aye?

"... if scientists want us to accept some more controversial theories they must stick to standards. There is just no reasonable explanation to declassify Pluto."

The issue is that a groug of the worlds astronomers voted on a standard.

"The group says a planet must, among other things, have "cleared the neighborhood around its orbit." Because Pluto's orbit overlaps Neptune's, Pluto is out."

To me ... that's not a reasonable explanation ... it's interesting and relevant to classification to astronomers but matters not to "accepted by the general public" standards and literally makes no sense to have to change thousands if not millions of references and books.

The world is flat.

What would be a "a reasonable explanation"?

Astrology has had a profound influence over the past few thousand years on Western and Eastern cultures. In the middle ages, when even the learned of the time believed in astrology, the system of heavenly spheres and bodies was believed to reflect on the system of knowledge and the world itself below.

Point understood but is refuted easily...

This wasn't a case where the scientific community proved something new that was previously accepted as real (as from your example).

It's stupid to think the world is flat ... I say that was a primitive thought. We are more educated, more aware of science than people were at "that time"

This was an unnecessary change where the facts behind the issue did NOT change.

Science is about constants. The one thing all of humanity relies on is constants to help compare things known to the things unknown. Constants remove the doubts and uncertainty behind science.

As Fix Your Thinking pointed out - this isn't a new discovery. This isn't proving the world is round versus flat.

There is no need to invalidate millions of references that have not only been placed into education but pop culture. ( I like Interplanet Janet too! )

What are these facts you speak of?

Would you except the 10th planet?


The facts have been here for decades as has the debate.


If you want to continue this debate that is fine but there is much more important this to do.