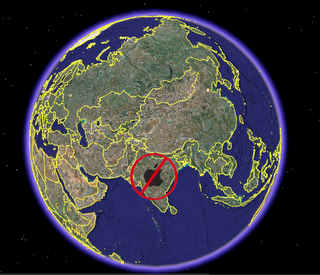 "How 6 Billion IBM Dollars Helped Chase Apple Out Of India"

Here are a few excerpts:

"...Apple Computer said it's cutting and running from a fledgling tech services operation in India, while IBM announced plans to invest a further $6 billion in the country over the next three years. These can't both be smart business decisions, can they?

Of course not. In tripling its investment in India, IBM is embracing the global economy not as it is, but as it will be in five years or so ... IBM is betting big that India will for years to come be the center of excellence for software development and related work like IT services and help desk support.

Apple's decision to shut down its services center in India just three months after its opening is the right one only in so far as the company really had no other choice. The Mac and iPod maker realized it's just too late to the party in India. There are now too many companies chasing Indian IT talent to try and build a base there from scratch. In all likelihood, IBM's plans to spend billions more in the country put the final nail in Apple's own Indian ambitions.

Hardly any of this argument makes sense.

Apple was opening a customer service call center to take customer service calls at a lower cost ... IBM is going to open a research and manufacture facilty. One takes joe blows off the street with a minimal education, the other takes doctorate degrees. Apple is making the right decision because (yes) it's US customerbase HATES talking to hard to understand, scripted Indians for a problem. Dell and ALL the others are criticized for Indian service reps ALL THE TIME. Apple is better than that ... and they know it. IBM is doing this because you don't have to pay doctorate and masters degrees NEARLY what you have to pay them here in the US and you don't have to pay widget assemblers even half of what minimum wage is here in order to give them twice the pay they receive at any other job they could do in India. The arguments are therefore invalid and non sequitur. Also, if I'm not mistaken ... Apple decision to open up a call center in India was criticized at the last shareholder meeting.

A comment in the forums on this article was very insightful:

Since Quark shifted development and support to India , you can see what happened, remember the change from 4.11 to 5.0 ?
5.0 had to be scrapped and re-written 3 times due to the wonderful "dev skillz" out in Bangalore. The Indian devs couldnt understand the bugs from the American QA. They had no concept of how the program was "supposed to work" so they "fixed" problems that werent there etc...

The lack of daily use of the software they were writing , and the lack of the use of American english prety much led to the 4 year gap in releases

I would blame more of Quark's failure in India due to the lack of any experience whatsoever of the Indian Software engineers vis a vis mac os & development.

Accountants and Managers know virtually nothing of the Engineering disipline. They simply ran to the lowest bidders. It will not work because Indian software development is not mature. It will take 20 years for them to create a University system which can generate US quality. By 2015 workers in Mobile Alabama will be less expensive Mumai India.

"By 2015 workers in Mobile Alabama will be less expensive Mumai India."

I completely agree ... and personally, I think a company that would segment its worforce (like IBM) is not forward thinking.