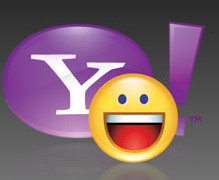 Last week I brought you the story The Five Things All Mac Users Want To See (And Are Coming Soon) ...

Did I have insider information or did I just know what I was reporting. Maybe a combination of the two.

Yahoo has released a new Yahoo Instant Messenger that finally adds proper file transfer and almost up to par webcam support ... it's only a beta too ... greatly enhanced versions are promised quickly.

There's hit of iChat integration just as I stated.

Also, as a reader pointed out in the comments to the article that new high end/well respected CAD software was available the hour of the article when I posted (which I wasn't aware of):

It's apparently a Universal Binary as well.