An Apple Costs Less In China.

Unlike most Mac News websites, I wanted to wait to report on a rather important piece of drama to hit the Apple Community recently ... allegations that Apple's China factory that makes iPods has substandard working conditions and that workers only receive roughly the equivalent of $50 A MONTH. 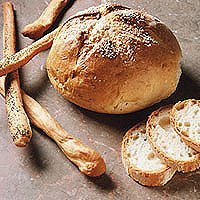 First, before giving you the brief story as many websites reported it and giving you Apple's response, I wanted to give you a brief view of economics in China:

So - who gets paid less? US laborers or China laborers?

If we apply this same formula to "the fruit" Apple - a US consumer pays on average .75 cents whereas a Chinese consumer most likely pays somewhere around 2 cents. ( this figure was completely extrapolated and made up, but used the same formula for an actual example as given above )

Another factoid about Chinese life is that families often live together ... each earning the wages you see here. Families of 2-4 live together communely - actually providing a better than average living. Working in a factory like this has opportunities for career and education advancement ... whereas workers in agriculture (rice fields) most likely would not have this opportunity.

Here is the original sensational story as reported by most websites:

Called 'iPod City' It offers photographs taken from inside the factories that make Apple music players, situated in China and owned by Foxconn.


The (UK Paper) The Mail visited some of these factories and spoke with staff there. It reports that Foxconn's Longhua plant houses 200,000 workers, remarking: "This iPod City has a population bigger than Newcastle's."


The report claims Longhua's workers live in dormitories that house 100 people, and that visitors from the outside world are not permitted. Workers toil for 15-hours a day to make the iconic music player, the report claims. They earn $50US per month. The report reveals that the iPod nano is made in a five-story factory that is secured by police officers.


Another factory in Suzhou, Shanghai, makes iPod shuffles. The workers are housed outside the plant, and earn $100US per month - but they must pay for their accommodation and food, "which takes up half their salaries", the report observes.

"Apple is committed to ensuring that working conditions in our supply chain are safe, workers are treated with respect and dignity, and manufacturing processes are environmentally responsible," the statement explains.


The company also explains that it is "currently investigating the allegations regarding working conditions in the iPod manufacturing plant in China".


Apple stresses that: "It does not tolerate any violations of its supplier code of conduct, which is posted online".


This code is modelled on the Electronic Industry Code of Conduct and can be downloaded as a PDF here.


"Recognised standards such as International Labour Organisation Standards (ILO), Universal Declaration of Human Rights (UDHR), Social Accountability International (SAI), and the Ethical Trading Initiative (ETI) were used as references in preparing this code," the company says on its website.


The code of conduct includes a commitment to uphold the human rights of workers, and covers matters including discrimination, harsh treatment and harassment, involuntary and child labour, working hours, remuneration and freedom of association.

Readers, always assume you are not hearing the full story ... that is ... unless you read it here.

First, I have not visited the factory in question but I can add some answers in general. But yes, before you leap to any conclusions, there are facts to consider. The cost of living is vastly different. I'm Chinese-American and I actually ate a breakfast with my family) for $1 TOTAL or $.25 each for dim sum. Now, that is not typical but that should give you an idea - even the cheapest breakfast at McD's will set you back $15 for 4 people (and yes, there are plenty of McD's in China) ... the factories that I have seen and visted are not Dickension - they're not particularly exciting ... they are giant Ikea looking buildings and the dorms are like dorms or summer camps of 50 years ago. They get 3 meals a day and medical care. Are there abuses and unfair bosses? I'm sure there are - just like anywhere in the world. China is really fascinating because it's 1910, 1855 and 2006 all going on at the same time ... it's 1910 in this situation - it is like the industrial revolution where instead of working the small family farm and literally making pennies per day, here is an opportunity to make much more. Of course, there is a tradeoff. You have to leave your home and go work in a factory - it's not a great deal of money to you or I but you can literally make more in a month than your family farm can in a year - do you do it? And there is opportunity. If you are good, you get promoted to superviser, shift manager, etc ... and actually, there is a shortage of factory workers so there is even job opportunities to move around for a pay raise. You have a place to live, eat, a uniform and not much privavcy and yes, you do have to take the bus into town to get anything else but is that better or worse than working the family farm or being unemployed in some small town? But the upside is maybe you also learn what you loath - like working for others and being a factory employee ... and that's the part of China in 1955 or 2006. You can save some money, pool some money with family and start your own business. just like the seeds of the industrai revolution sowned the sees of entrepenurship and easier credit ... in Shanghai, there are 4,000 skyscrapers and another 1,000 going up this year - the peope who start out at factories ... at least the smart & interested ones are going to move into those next and then who knows ... no one is saying it's not hard work to be at the factory but you do have to see what the alternatives are ... just like the coal miners here in West Virginia or the crab fisherman of Alaska ... people do what they can to make a living ...

During my stay in China, namely Beijing and Shanghai, I was able to choose to spend only 1 US dollar per day on food (all three meals) or 100 US dollars, depending on where and what I wanted to eat. I have no such choice in the U.S. as the cheapest food here is probably the "Dollar Menu" from fast food places and the portion is laughably small and quite disgusting.

However, food is only one of the few things in China where the price can vary so much. There are many other things one must consider when calculating the cost of living. For example, housing is not cheap in China due to high demand. The same goes for owning and maintaining automobiles. Electronic goods prices are pretty universal so in Chinese terms, they are pretty expensive.

Another thing to consider is that China is a country that is constantly changing, and mostly for the better.

As cost of living gets higher in China, so are employee wages. Employee wages has gotten so high in some cases, many oversea companies have started relocating their factories to poorer developing nations such as Vietnam. This was the case for a sporting goods company that an acquientance of mine works for.

Thanks for both of your insightful comments.

I think the thing that should be focused on here is that this is a choice, not a slave labor force. The other thing is ... these workers could be in 1500's style houses out in rice patties as well.

No matter where you work, there is ALWAYS the chance for advancement and bettering yourself or giving your family opportunity ... something that isn't nearly as achievable in most agriculture or sweatshop environments.

This is also why so much tech support is being outsourced to India. Its not like Indians are being paid half of what American workers would be paid; its more like a tenth or fifteenth and its because it is so inexpensive for people to live in India.

Here's another thing to consider: with the world economy, if a competitor is able to offer their similar product at a significantly lower price because it is made or supported overseas what is a company to do? Companies like Apple are almost forced to do the same or lose that market share almost instantly.

People complain all the time about low wages paid to Asian workers that make products like tennis shoes for Nike. Do you have any idea how much athletic shoes would cost if they were made locally? Kids would be asking their parents to pay $500-$1000 for that new pair of Air Jordans.

The bottom line is this: if a country and its citizens are willing to work for a low price or product a product for a low price why would any company pass over an offer like that? Yes, companies should refuse to give business to overseas businesses or operations that abuse their workers but as mentioned in the article, working conditions are usually tolerable for this kind of work.