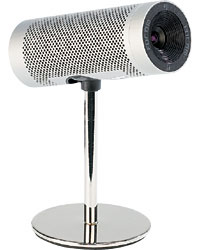 A Company in France has released a copycat iSight webcam. Makes the same claims as far as specs (640x480 resolution / 30 frames per sec) as Apple's iSight, but doesn't include a built in Mic and runs on USB 2.0 instead of firewire.

My experience with "other webcams" is that they perform very poorly ... for some reason no cam is as fluid (on a Mac) as the iSight. It is truly real time video conferencing.

What's up with those frogs anyway? Just because Apple used to use a company called frogdesign for their industrial designs doesn't mean that its ok for the French to steal their stuff.